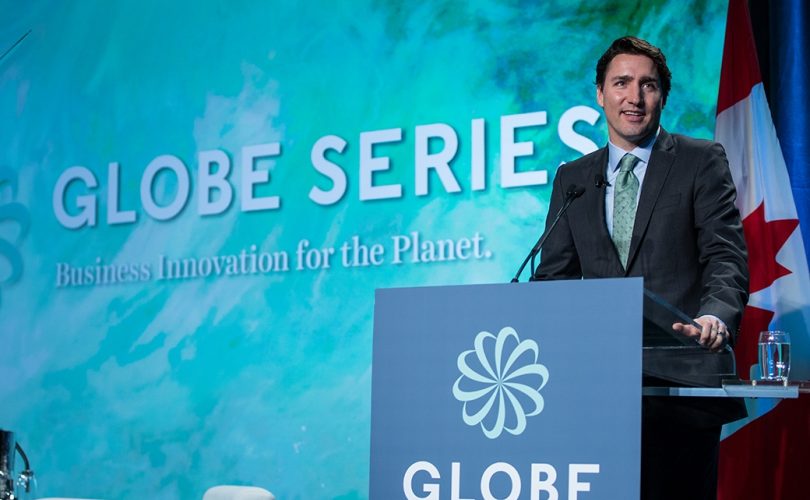 “Sexual and reproductive health services and rights” is well-known UN-speak for contraception and abortion on demand, noted Campaign Life Coalition’s Matt Wojciechowski, who represents CLC at the United Nations.

The Liberals’ decision is a reversal of the Conservatives' stated ban on abortion funding as part of international aid in the 2010 Muskoka Initiative on Maternal Health.

At that time, the Conservatives pledged $2.8 billion over five years towards improving maternal health and the lives of newborn infants in developing countries, but the initiative, including the Tories apparent refusal to fund abortion, was subject to ongoing criticism.

The Conservatives pledged a further $3.5 billion from 2015 to 2020 for maternal, newborn and child health care projects in developing nations in May 2014, at which time Harper was again criticized when he reiterated that his government would not fund abortion overseas as part of that initiative.

The Liberals promised during the October 2015 election campaign that they would “cover the full range of reproductive health services as part of the [Muskoka] initiatives,” which a Liberal Party official at the time confirmed included abortion where legal, reported Connelly.

“Canada is committed to universal access to sexual and reproductive health services and rights,” Bibeau stated in a press release Monday. “We also believe that programming decisions on these matters should be driven by evidence and outcomes, not ideology.”

But Bibeau was circumspect about the government’s abortion stance, telling the Globe and Mail Monday that the Liberals are “supporting in different ways through different partners numerous countries to improve their health system. Providing the service of safe abortion may be in some countries where it’s legal, it’s part of it, and we’re not against it. This is a difference. But we’re not promoting it right now.”

The news is “a terrible blow,” says Obianuju Ekeocha, founder of the educational and research group Culture of Life Africa.

“We have a lot of real needs in terms of maternal health,” she told LifeSiteNews in a telephone interview from her workplace in the UK. But to see Canada “invest money in abortion and contraception, it’s an insult to the African people,” who are “diametrically opposed” to both.

Africans are generally unaware of the UNFPA agenda because the media often ignores the issue, added Ekeocha.

To have Western countries tie humanitarian aid to “demands that we have to change our way of life, to change our views to accommodate them,” is “cultural imperialism,” the Nigerian-born biomedical scientist pointed out.

Most Africans are pro-life, she said, adding that “the liberal ideology is ravishing a lot of nations in the developing world” and pushing a pro-contraceptive, pro-abortion agenda is  “morally objectionable and reprehensible.”

An additional $11 million from 2016 to 2021 is allocated to reduce teen pregnancies in Honduras, where abortion is banned except when the mother’s life is in danger, and the abortifacient “emergency contraception” is also banned.

The funds in Honduras will go to “strengthen protection of the sexual and reproductive rights of adolescents” and to “improve the coverage and quality of adolescent health care services, including comprehensive sex education, for the prevention of adolescent pregnancies.”

The Liberals also designated $5 million to a “contraceptive supply initiative,” and $50 million to improving midwifery services in South Sudan between 2015 and 2020.

CLC’s Wojciechowski says that while improving midwifery services is a laudable goal, midwives in the developing world are often trained to supply contraceptives and to commit abortions.

Meanwhile, Ekeocha, who penned a powerful open letter to Melinda Gates in 2012 pleading with the Catholic wife of billionaire Bill Gates not to push contraceptives on the African people and other developing nations, will be keynote speaker at Campaign Life Coalition’s Rose dinner following the March for Life on May 12.