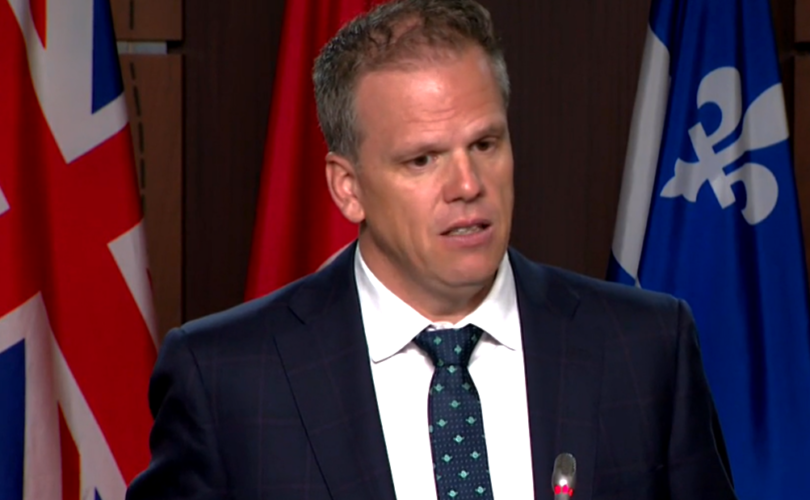 OTTAWA (LifeSiteNews) —  Canadian Prime Minister Justin Trudeau’s Liberal Party wants to extend the COVID-era policy that allows them to work from home through 2023.

As the rest of the country continues to get on with their lives, House leader Mark Holland announced Monday that he plans to put forward a motion that would extend the allowance for Members of Parliament for remote work through next year.

“We are still in a pandemic reality, and … we need the tools to ensure that members of Parliament participate fully in the proceedings of Parliament,” Holland told the press.

The idea of approving an extension was immediately dismissed by Conservative House Leader John Brassard, who for months has been calling for an end to the measure.

“If anyone or any institution is to signal to Canadians that we’re getting back to some sense of normalcy, it should be the House of Commons,” Brassard stated Monday.

In late May, Brassard made a similar statement, suggesting it is inappropriate for public servants to live by rules that are different than those they serve.

“Canadians elect their representatives to serve them in Ottawa, not to hide behind a computer screen or a voting app. Canadians are going back to work in person. It is time for Members of Parliament to do the same,” Brassard said last month.

The work ethic of MPs compared with their high salaries has been a hot topic of discussion in Canadian conservative media, particularly under the Trudeau government.

On April 1, the day Trudeau’s carbon tax was officially implemented – which increased the price of fuel by roughly 11 cents per liter — MPs gave themselves a substantial raise.

“The joke is on taxpayers and it isn’t funny as our members of Parliament pocket a pay raise while emptying our wallets with higher carbon and booze taxes,” Canadian Taxpayers Federation (CTF) director Franco Terrazzano said at the time.

“Canadians are struggling with higher prices on everything and the least our MPs could do is cancel the cruel April Fools’ Day joke and end the tax hikes.”