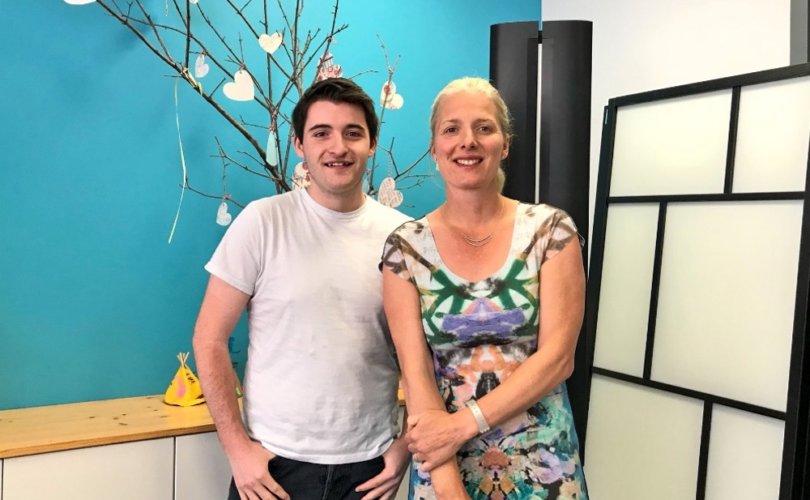 OTTAWA, July 24, 2018 (LifeSiteNews) – In the midst of backlash over the Trudeau government’s decision to deny summer job funding to pro-life organizations, a Trudeau cabinet minister is touting her visit with summer students hired by Planned Parenthood.

“The Liberals are using taxpayer money and funnelling it to their friends and activists … in the abortion industry and LGBT community,” said Campaign Life’s Jack Fonseca. “That’s not right.”

The pro-life political analyst’s comments come in the wake of a visit Friday by Environment and Climate Change Minister Catherine McKenna, who is also the Member of Parliament for Ottawa Centre, to two Ottawa employers who managed to snag Canada Summer Jobs grants this year.

On Twitter, McKenna posted a photograph of herself with students at Planned Parenthood Ottawa and Kind Space, an LGBTQ organization that offers a program called Skills for the Revolution that promises to build skills “to deconstruct the oppressive structures.”

Beaming in that photograph of himself with the cabinet minister, Planned Parenthood summer employee Carter Brownlee refused to comment Tuesday. His Twitter profile indicates he is a riding director with the Ontario Young Liberals.

At Kind Space, the person who answered the phone refused to be identified or reveal what McKenna did during her visit there, other than pose with the students. The unidentified Kind Space receptionist explained she thought it perfectly normal for a cabinet minister to drop by and visit summer students.

“She’s our MP so it makes sense she would visit people in her riding,” she said.

“I wasn’t even here. We didn’t even know she was coming,” he said.

That Planned Parenthood location, which does not perform abortions on site, has been able to secure almost $11,400 in Canada Summer Jobs funding for its three summer students: one to do web design; another for graphic design, and; a third to handle grant research.

Pro-life groups in Canada, meanwhile, have been cut loose from any Canada Summer Jobs grants because the program now requires a values attestation, meaning employers must agree that they support such things as abortion, in vitro fertilization, homosexuality and gender fluidity.

That’s ruled out many faith-based groups in Canada, most notably the Canadian Centre for Bio-ethical Reform.

Prime Minister Justin Trudeau went so far in January as to single out that pro-life organization, which uses graphic images of abortion victims to stimulate public discussion, as “hateful”.

At Campaign Life, Fonseca counters that the Liberal government’s treatment of pro-life organizations throughout the Canada Summer Jobs debacle has been despicable.

“It seems incestuous … very clearly partisan,” said Fonseca. “They are using a taxpayer-funded program to punish those with whom they disagree ideologically and reward their political allies.

“This is the sort of thing that got the Liberals in trouble with [Justice John Gomery’s inquiry] and the Adscam scandal,” he said.