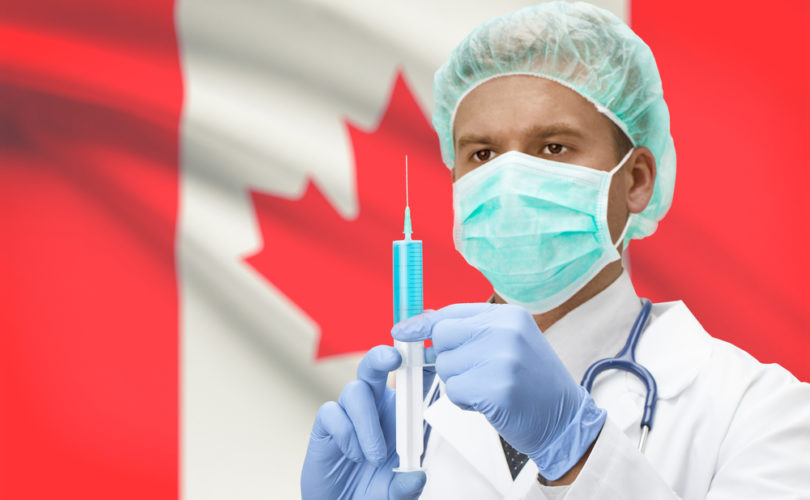 OTTAWA, February 28, 2020 (LifeSiteNews) — The Trudeau Liberal government’s euthanasia bill tabled earlier this week will give Canada the most permissive euthanasia law in the world, its critics are unanimously warning.

Introduced February 24 by Justice Minister David Lametti, Bill C-7 is the Liberal response to the Quebec court decision last September striking down the requirement that a person’s “natural death be reasonably foreseeable” to qualify for death by lethal injection.

But the federal bill expands euthanasia — legal in Canada since June 2016 — far beyond dispensing with the terminal illness criterion the Quebec Truchon-Gladu ruling declared unconstitutional.

“Any way you look at it, it’s a minefield,” said Alex Schadenberg, executive director of the Euthanasia Prevention Coalition.

“The language of the bill is just simply, absolutely confusing and ridiculous. If they do pass Bill C-7, we will become the most wide-open euthanasia regime in the world.”

Schadenberg is joined by Campaign Life Coalition, Canadian Physicians for Life, Physicians Alliance Against Euthanasia, Living With Dignity, and the Canadian Conference of Catholic Bishops, among others, in fiercely denouncing the bill.

Notably, Cardinal Thomas Collins of Toronto issued a strongly worded statement the day after the bill was tabled urging Canadians to oppose it.

“This is a new chapter of death on demand,” he wrote.

“Canada has cast aside restrictions at a far quicker pace than any other jurisdiction in the world that has legalized euthanasia.” (See Cardinal Collins’ full statement below.)

Bill C-7 will allow lethal injection of individuals who are no longer competent to consent, such as persons with dementia, if they have issued an advance directive asking to be euthanized at a future date, Schadenberg noted in an analysis of the legislation.

“This amendment to the law contravenes the Carter decision which required that a person be capable of consenting to die,” he said, referring to the 2015 Supreme Court ruling that struck down Canada’s prohibition of euthanasia as unconstitutional.

The Trudeau government “appears to be working closely with the euthanasia lobby” which has the “goal of amending the law to allow ‘advanced consent’ for euthanasia,” he observed.

Allowing euthanasia by “prior consent” can lead to such horrific scenarios as an elderly Dutch woman being lethally injected forcibly in 2016 as family members held her down.

In that case, the doctor was ultimately exonerated when a court ruled in September 2019 that not euthanizing the patient would have undermined the wishes she expressed four years earlier when first diagnosed with Alzheimer’s.

Bill C-7 specifies individuals must not be euthanized if they show they don’t want to be “by words, sounds or gestures,” but states they can be killed if these signals are deemed “involuntary.”

The bill allows the medical practitioner who is killing the patient to be one of the two required witnesses — which is an “insane” conflict of interest, noted Schadenberg.

Bill C-7 waives the current 10-day waiting period for individuals deemed terminally ill so they can be lethally injected the same day they request euthanasia.

It implements a 90-day waiting period for individuals seeking euthanasia for a non-terminal condition, creatng a two-tier law that Schadenberg predicts is open invitation for a Charter challenge.

“A future court decision will likely strike down the 90-day waiting period for people who are not terminally ill because this provision represents an inequality within the law,” he says.

As for the bill’s purported ban on euthanasia for mental illness, “it’s a smokescreen, at best, to say that ‘mental illness’ is not allowed because, in fact, it is,” Schadenberg told LifeSiteNews.

When Liberals legalized euthanasia four years ago, its Bill C-14 allowed euthanasia for persons at least 18 years of age who were capable of giving consent and who suffered from a “grievous and irremediable medical condition.”

The 2016 bill defined the latter as “a serious and incurable illness, disease or disability” resulting in “an advanced state of irreversible decline in capability” and causing “enduring physical or psychological suffering that is intolerable to them and that cannot be relieved under conditions that they consider acceptable” (emphasis added).

Bill C-7 is explicit that “for the purposes of paragraph (2)‍(a), a mental illness is not considered to be an illness, disease or disability.”

But this does not prevent euthanasia for “psychological reasons, since the law specifically allows it,” Schadenberg pointed out.

Schadenberg argues that the Liberals should set aside Bill C-7 and concentrate on the planned June 2020 review of the current law.

David Cooke of Campaign Life Coalition also excoriated the bill as a “how-to” manual on killing Canadians in a detailed analysis here.

Among actions opposing the bill, Campaign Life has launched a petition to MPs against Bill C-7 here. The EPC has a petition to Justice Minister Lametti and Health Minister Patty Hadju asking the Liberals to nix the bill here.

The CCCB joined Cardinal Collins in asking Canadians to oppose the bill. To find who your MP is, go here.

The federal government has introduced new legislation expanding the eligibility criteria for euthanasia. The inaccurate term, medical assistance in dying (MAiD), is currently used to describe what this law would allow, but this process is more accurately called euthanasia or assisted suicide. Pain medication and other resources and procedures can be used effectively to medically assist people who are dying, but that is not what MAiD means. It means giving a lethal injection to people who are not dying, so that they will die.

Those who oppose euthanasia expressed concern in 2016, when it was first legalized, that once the state legally provided death for some, it would only be a matter of time before the criteria for that would be expanded. This was dismissed as a slippery slope argument; we were told that “safeguards” would protect the most vulnerable. Now, less than four years later, we are far down the slope, and the criteria for euthanasia have been radically expanded.

There is no longer a requirement that the person receiving euthanasia be terminally ill. Under this legislation, any serious incurable illness, disease, or disability would render one eligible for euthanasia. Additionally, without any further study or direction from the courts, the new legislation would legalize euthanasia where consent is obtained by an advance directive. This is a new chapter of death on demand. Canada has cast aside restrictions at a far quicker pace than any other jurisdiction in the world that has legalized euthanasia.

As our legislators and country consider the legislation presented this week in Parliament, we should be mindful of the following:

I invite all Canadians concerned about this legislation to contact their Member of Parliament to voice their concerns. We should also take time to be truly present to those who may feel that they are on the margins in our community. Those who feel that their life no longer has value must be assured by all of us that this is absolutely not the case – there is dignity within each human life, not just when we are young, healthy and able, but even more so, when we are fragile and vulnerable.

It is up to every Canadian to foster a culture of care and love for one another. The answer is not assisted death in its many forms; it is accompanying our family, our friends and even strangers to assist them in life, recognizing the inherent dignity of every person.