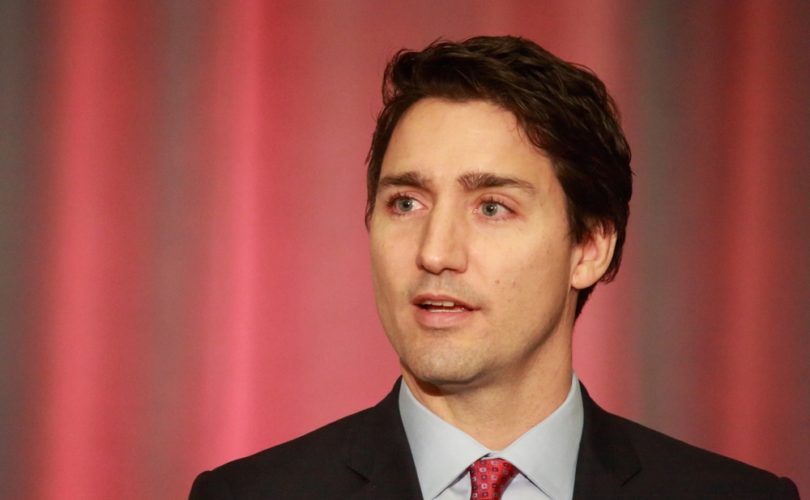 Newfoundland MP Scott Simms was removed on Monday as chair of the Standing Committee on Fisheries and Oceans, losing not only the position but its $11,900 salary, HuffPost Canada reported.

Simms was the sole Liberal to vote for a Conservative motion in March that asked the Liberals to modify the Canada Summer Job policy requiring all employers sign an attestation supporting abortion and LGBTQ “rights” to receive summer job grants.

The motion requested the program’s eligibility criteria be changed to include groups that engage in non-political and non-activist work whether or not they had signed the attestation.

Simms told HuffPost Canada he lost the committee chair position because of his vote, but was “OK” with the decision.

“[T]hey told me before the vote that punishment was coming and taking my chairmanship would likely be it,” he said. “But those are the rules with whipped votes, so I knew what I was getting into to.”

Jack Fonseca, senior political strategist for Campaign Life Coalition, blasted Trudeau for not respecting the conscience of his MPs.

“Justin Trudeau’s punishment of a conscientious-objector MP goes to prove the adage that inside every Liberal is a totalitarian screaming to get out,” observed Fonseca.

“Trudeau is so obsessed with ensuring that the maximum number of children are killed by abortion, that he’s prepared to slay even the conscience rights of his own MPs.  Shame on the Liberals.”

Simms, who supports abortion, publicly criticized the policy in January after hearing from Christian constituents that signing the attestation would violate their religious beliefs.

“To me, that’s a lack of respect. If I was to say to someone, ‘Look, don’t worry about it, just tick the box or whatever’ — some people have a core fundamental belief that they don’t believe in this,” Simms told his local CBC radio station at the time. “It … is not right.”

He reiterated this to CCN after the March 19 vote on the Tory motion.

“I thought the attestation was an insensitive measure to those who felt strongly about this, whether they were pro-life or pro-choice,” Simms said. “I thought it could have been handled better.”

The National Post reported shortly after the vote that a second Liberal MP, John McKay, had criticized the attestation.

“In my riding of Scarborough-Guildwood, I am personally aware of a number of organizations negatively impacted,” McKay wrote in a letter to a constituent.

The MP “intentionally absented myself from the vote on Monday after much discussion with the Whip’s office,” he wrote.

The Charter “was not designed for the state to claim protection from the citizen and that it was not designed to promote one right over any other right,” wrote McKay, an Evangelical Christian regarded as pro-life.

“It is my view that the current government has inadvertently fallen into the trap of preferencing one right over another and of using the Charter to protect itself from perceived abuse by citizens,” he observed.

“I consider this to be a lamentable state of affairs, and have expressed my views both inside and outside caucus in the strongest possible terms.”

Hamilton MP David Christopherson was the only member of the NDP caucus to vote for the Conservative motion, telling the National Post the attestation “took away Canadians’ right to disagree with the laws that they have to obey.”

NDP leader Jagmeet Singh immediately removed Christopherson as vice-chair of the Commons procedure committee as punishment, but reversed the decision after an outcry from his caucus.

Meanwhile, Service Canada has rejected 1,561 Canada Summer Job applications this year, compared to 126 in 2016, “suggesting that more than 1,400 applications were rejected for protesting the attestation,” noted the National Post.

Trudeau has defended the attestation, and Employment Minister Patty Hajdu has said she will not change it this year, but is open to modifying it for 2019.

But that does not allay the fears of Canada’s religious communities.

“[M]any of our organizations remain concerned that the question of ‘reproductive rights criteria’ and other undefined values will remain present in the application form in 2019,” seven faith leaders wrote in a March statement.

Eighty-seven religious leaders signed a open letter to the minister in January, asking the Liberals to drop the attestation, which they described as a discriminatory “values test” that violates their Charter rights.