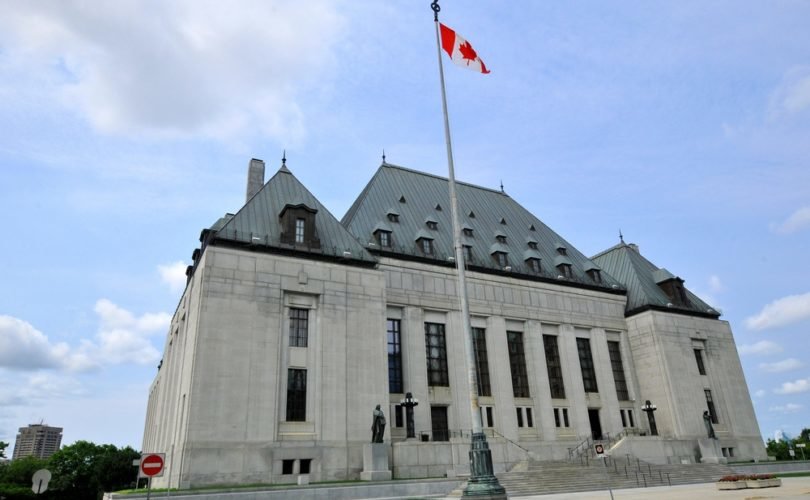 OTTAWA, November 10, 2015 (LifeSiteNews) – When Stephen Harper’s Conservatives stopped funding the long-running Court Challenges Program in September 2006, they put an end to what pro-life lawyer Gwen Landolt describes as the most “corrupt, discriminatory and biased programs devised in Canada.”

And it’s a program Liberal Prime Minister Justin Trudeau promised to bring back.

Landolt, vice president of REAL Women of Canada, says she has no doubt that a restored Court Challenges Program will be used, as was its predecessor, by left-wing and anti-life feminist groups as a “a way to get social policies implemented by the courts,” by launching taxpayer-funded Charter-based court challenges.

“Knowing Trudeau and his limited understanding of equality and fairness, I don’t think there’s the slightest chance that those who have established traditional values will be given any recognition by the program,” Landolt told LifeSiteNews, “even though it’s funded by taxpayers.”

And “all sorts of issues that we thought would be put to rest” will be back before the courts, she predicted.

That would include Canada’s law against polygamy, upheld in 2011 by a BC Supreme Court chief justice. “We know that’s going to be challenged.”

And “left-wing extremists” will use the CCP to mount a legal challenge against spanking, she said, by seeking to strike down Section 43 of the Criminal Code, which permits a parent to so discipline a child “if it’s reasonable under the circumstance.”

As Landolt explained in a chapter on the CCP she wrote for an upcoming book on the making of the Charter, Pierre Trudeau’s Liberals started the CCP in 1978 to fund test cases to establish constitutional language rights. Those rights were subsequently entrenched in the 1982 Constitution and Charter of Rights and Freedoms.

When in 1985 the Charter’s Section 15 equality provisions came into effect, Brian Mulroney’s Conservatives expanded the CCP, giving it a $5 million annual budget to fund “disadvantaged” groups wishing to challenge laws they claimed violated their equality rights.

Indeed, the homosexualist paper Capital Xtra noted in October 19, 2006 that “No group has benefited more from Court Challenges funding than the queer community,” and that CCP funding “helped EGALE win equal marriage rights through the courts in BC, Ontario and Quebec.”

Although the Tories cut the CCP in 1992, Liberal Prime Minister Jean Chrétien brought it back in 1994 as an independent corporation with no government oversight, writes Landolt, a development that “permanently locked in the bias and prejudices of the program.”

A principal beneficiary of that bias was the Toronto-based LEAF, or Legal, Education and Action Fund, which Landolt describes as the “legal arm of the feminist movement.”

Claiming to act on behalf of the disadvantaged group “women,” the aggressively “pro-choice” LEAF used the CCP to fund 140 different court interventions. Or put another way, the CCP funded 75 percent of LEAF’s interventions at the Supreme Court level.

And as Landolt points out, LEAF was hardly a “disadvantaged” group.

From its beginning in 1985 to what Landolt says was its effectual demise after the Harper Conservatives axed the CCP in 2006, LEAF received $2,000,000 from the federal ministry for the Status of Women, not to mention a 1985 gift of $1,000,000 from Ontario Liberal Attorney General Ian Scott.

By contrast, REAL Women applied for CCP funding to intervene in four Charter cases, and was turned down every time, Landolt said.

One of those was the Joe Borowski case, in which the plaintiff put expert testimony before the court to prove that the child in utero was a genetically unique human being, and therefore entitled to be a person under the law.

Not only did the CCP not fund REAL Women for that case, Landolt said, but it asked her to submit her legal arguments, which it then presumably handed over to LEAF, because the LEAF lawyer responded to every one of those arguments in her own Borowski intervention.

It was actions such as these that have led Landolt to view the CCP “absolutely corrupt” and a “disgrace to democracy.”

In Landolt’s view, reviving the CCP is Justin Trudeau’s “typical knee-jerk reaction” to “resurrect” a number of “politically correct” causes that have lain dormant during the Conservatives’ time, but he has “no depth, and no understanding of the collateral damage that some of these issues could cause,” she said.