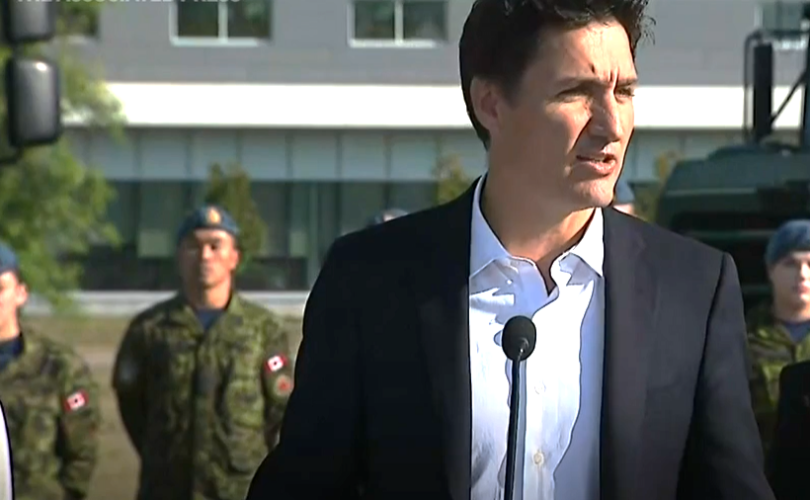 OTTAWA (LifeSiteNews) – Canadian Prime Minister Justin Trudeau will soon testify at a hearing to explain why he and his government chose to use the Emergencies Act (EA) to shut down the Freedom Convoy in February.

The commission can subpoena individuals to testify, but politicians are expected to appear voluntarily when asked. The hearings will take from October 13 to November 24.

In addition to Trudeau, it is expected that Deputy Prime Minister and Finance Minister Chrystia Freeland will be called to testify as well as Public Safety Minister Marco Mendicino and others.

According to CTV, Trudeau’s office said they had thought they would be asked to speak at the hearings and that he “welcomes” the opportunity to do so.

The full list of witnesses has not yet been made public, but it is anticipated that there will be at least 60 people who will speak before the commission. Several people associated with the Freedom Convoy will likely be speaking at the hearing as well, as will members of the Royal Canadian Mounted Police and the Ottawa Police.

Lawyer Keith Wilson, who represented some of the Freedom Convoy leaders, said his clients have been told that they might be called to testify at the hearings.

Recently, Wilson said his phone and text records prove that Freedom Convoy leaders had reached a deal with authorities to move trucks out of downtown Ottawa before Trudeau enacted the EA.

In April, the Public Order Emergency Commission was formed by the government with the task to look into the “circumstances that led to the declaration of emergency that was in place from February 14 to February 23, and the measures taken for dealing with the emergency.”

A final report “must be tabled in the House of Commons and Senate of Canada by February 20, 2023.”

Tamara Lich, one of the main Freedom Convoy leaders, spent months in jail before finally being released on bail in July. She will face a trial next year.

Trudeau on February 14 enacted the EA to shut down the Freedom Convoy.

Freeland, who has ties to the globalist World Economic Forum (WEF), also used the EA to shut down the Freedom Convoy’s GoFundMe page, in addition to expanding the government’s monitoring of “all forms of transactions, including digital assets such as cryptocurrencies.”

On October 1, all of Canada’s remaining COVID travel mandates were suspended.

A full list of witnesses to appear at the hearings will be released by the commission next week.