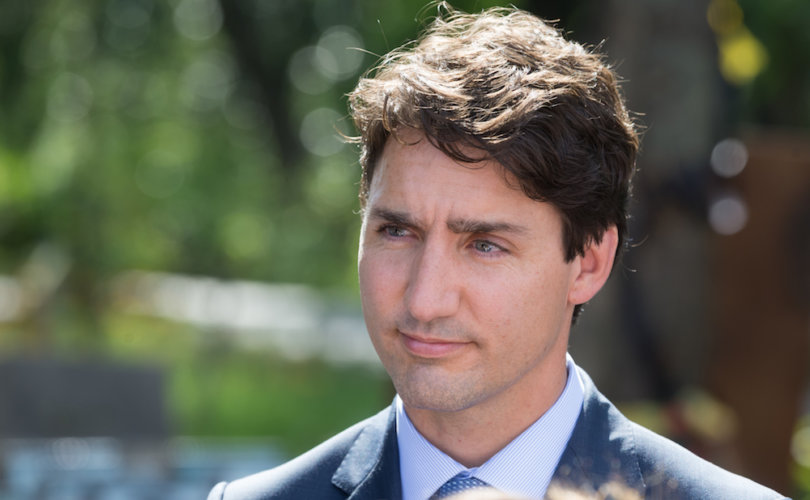 OTTAWA, November 21, 2017 (LifeSiteNews) — Conservative leader Andrew Scheer blasted Prime Minister Justin Trudeau for the Liberal plan to “reintegrate” Canadians who return to the country after fighting for the Islamic State of Iraq and Syria.

“Can the Prime Minister explain to the House exactly what a program or reintegration service would look like for the people who commit these kinds of atrocities?”

The government revealed in late 2015 that some 180 individuals “with a nexus to Canada” had joined Islamic terrorist groups overseas, and an additional 60 had come back to Canada, according to a report by CBC’s Evan Dyer.

Public Safety Minister Ralph Goodale confirmed in the House 60 ISIS terrorists were back in Canada and “under very careful investigation.”

“We recognize that the return of even one individual may have serious national security implications,” Trudeau told Scheer, reading from a statement.

The Liberals have launched the Canada Centre for Community Engagement and Prevention of Violence which “helps to ensure that resources are in place to facilitate disengagement from violent ideologies,” the prime minister read.

And the government will “also continue to carefully monitor trends in extremist travel, and our national security agencies work together to ensure that our response reflects the current threat environment,” Trudeau added.

Watch the exchange between Scheer and Trudeau:

The exchange between the two leaders came as the House debated Bill C-59, a sweeping restructure of national security the Liberals say will redress “problematic elements” of the 2015 Anti-Terrorism Act brought in by Stephen Harper’s Conservatives.

But Scheer’s Tories slammed the bill as undercutting Canada’s ability to respond to terrorism at a particularly critical time, with ISIS collapsing in Iraq and Syria before the advance of anti-ISIS international coalition forces.

They object to the bill’s requirement that security agents obtain warrants before moving against terrorist threats, that it narrows the definition of terrorist propaganda to incitement to violence, and that it limits the “threat disruption powers” Bill C-51 gave to CSIS, reported the Toronto Star.

Goodale said the Liberals are “open to constructive suggestions” and they sent the bill to committee for study before second reading vote, but not before other Conservatives excoriated the Liberals for being soft on terrorism.

“I have a concern about returning ISIS fighters and the whole policy of reintegration rather than incarceration for these people. I think all of us are concerned about that,” said Manitoba MP James Bezan.

“It is as if in July 1945, 60 ‘SS’ members headed back to Canada. This is totally unacceptable, especially for all of those who sacrificed so much for our country and our freedom,” noted Quebec MP Gerard Deltell.

But Goodale defended the prime minister and insisted the Liberals were taking sufficient protective measures.

“CSIS, the RCMP, and CBSA (Canada Border Services Agency) pay very close attention to anyone who poses a threat to the security of Canada,” he said.

“We work closely with our allies in the Five Eyes and the G7. Surveillance and investigations are tight and thorough. When evidence is actually available, charges are laid, and a range of other legal measures are also available under the Criminal Code and the CSIS Act.”

The Liberal response contrasts to the dire measures Canada’s allies are taking against their citizens who leave to fight for ISIS overseas, according to the CBC’s Dyer.

“I’m afraid we have to be serious about the fact these people are a serious danger to us, and unfortunately the only way of dealing with them will be, in almost every case, to kill them,” the UK’s minister of international development Rory Stewart told BBC Radio last month.

That was echoed in Syria last month by Brett McGurk, US President Trump’s special envoy in the fight against ISIS.

“Our mission is to make sure that any foreign fighter who is here, who joined ISIS from a foreign country and came into Syria, that they will die here in Syria,” said McGurk, who was appointed to the post under Obama.

Australia and France are also attempting to kill citizens fighting with ISIS overseas, rather than have them return home.

But Canada “does not engage in death squads,” Goodale told CBC’s Power and Politics Friday.

“With the battlefield activity winding down, there is a very real question about where the foreign fighters go, and all of our allies, whether they’re in the Five Eyes or the G7, we've all agreed to collaborate very carefully,” he said.

“Returning foreign terrorist travellers and their families, specifically women and children, require the appropriate disengagement and reintegration support,” he wrote.

A 2016 report by Public Safety Canada acknowledged that returning “jihadis” may “have skills, experience and relationships developed abroad that could be used to recruit or inspire individuals in Canada. They may also engage in terrorist financing, helping others to travel, or even planning attacks in Canada,” reported CBC’s Dyer.

“ISIS terrorists are criminals who fought against our country, but they are now being welcomed back to Canada by the prime minister with the promise of reintegration services to help them,” Scheer told the House.

“Canadians are shocked and alarmed that their government is not taking any steps to protect them. This is the number one job of any government.”