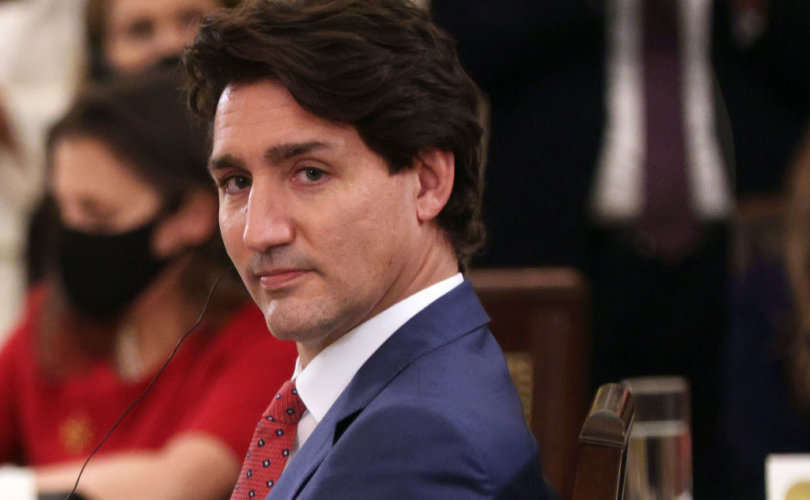 OTTAWA (LifeSiteNews) — Despite dismal polling numbers, Prime Minister Justin Trudeau announced on Wednesday that he intends to stay on to run for prime minister in the next election.

According to the Toronto Star, Trudeau made his intention to stay on as the leader of the Liberal Party clear at his government’s closed-door federal cabinet meeting on Wednesday in Vancouver.

Trudeau, who was first elected prime minister in 2015, secured a minority government victory in the nation’s most recent 2021 federal election, despite losing the popular vote for the second time in a row.

Since then, Trudeau has formed an alliance with the socialist New Democratic Party (NDP) to ensure he stays in power until 2025.

While Trudeau reportedly seems adamant to continue his reign, a recent poll by Postmedia-Leger found that the majority of Canadians disapprove of Trudeau’s performance, with a whopping 60 percent calling the politician “divisive.”

That same poll reported that just 7 percent of Canadians “strongly” approve of his performance.

Since his snap-election victory in the fall of 2021, Trudeau has faced relentless criticism for the direction he is pushing the country.

Notably, Trudeau has come under fire for his invocation of the never-before-used Emergencies Act against the anti-COVID mandate “Freedom Convoy” protesters, his proposed “climate change” policies, his government’s proposed anti-gun and online censorship legislation, as well as his previous unwillingness to scrap unscientific domestic travel COVID-19 vaccine mandates.