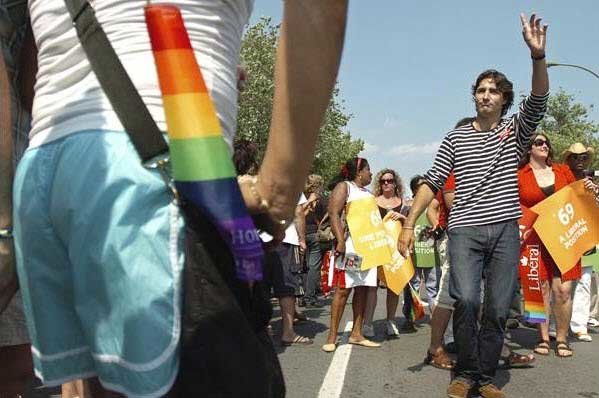 “Our government believes in equality and equal treatment for all Canadians,” Trudeau announced June 14.

“That is why we are moving forward on legislation that makes it possible to erase the convictions of Canadians who were unjustly convicted of a crime – simply for who they were, or who they loved.”

The legislation will expunge convictions on charges of gross indecency under “historical, unjust laws for sexual activity with a same sex partner,” according to the press statement.

But Gwen Landolt of REAL Women of Canada says Trudeau manifestly does not believe in equality for all Canadians.

“The ordinary Canadians are absolutely irrelevant to him,” she told LifeSiteNews. “It’s the special friends, the homosexuals, the feminists, the wealthy who pay him money” who get the “special advantages.”

Trudeau “doesn’t seem to understand that he’s to govern for all the people in Canada. His idea is ‘I’m prime minister, I can do whatever I like, because I’m anointed.’”

And in this case, Trudeau’s move will set a “very troubling precedent, and perhaps a dangerous one,” Landolt said.

It’s also a “fraud” because the Canadian government prosecuted people under a law on the books at the time that “reflected the times and also concerns for public security,” she noted.

The Liberals passed an omnibus bill in 1969 under Trudeau’s father, Pierre Elliott Trudeau, that legalized abortion and decriminalized buggery, or sodomy, between two consenting adults age 21 and over, and between a husband and wife.

This latest Trudeau announcement is unsurprising as the Liberal government signaled last August that it would adopt most, if not all, recommendations in the June 2016 Just Society Report produced by the pro-homosexual lobby group Egale.

The Just Society Report also recommended the government apologize for its perceived past transgressions against homosexual persons.

Liberal special adviser on LGBTQ2 issues, Edmonton MP and openly homosexual Randy Boissonnault, reiterated May 17 that the Liberals will apologize to homosexual individuals in the public service or military who were fired or otherwise penalized between the 1950s and 1990s, the CBC reported.

Homosexual individuals in the military or civil service were considered vulnerable to Soviet blackmail in the Cold War years, it reported.

As for Just Society Report, the lead writer is homosexual activist lawyer Douglas Elliott, who in November 2016 launched a $600 million class action suit against the Canadian government on behalf of persons fired from the civil service and military because of their sexual orientation.

The courts ruled in 1992 that banning homosexual persons from the military was unconstitutional.