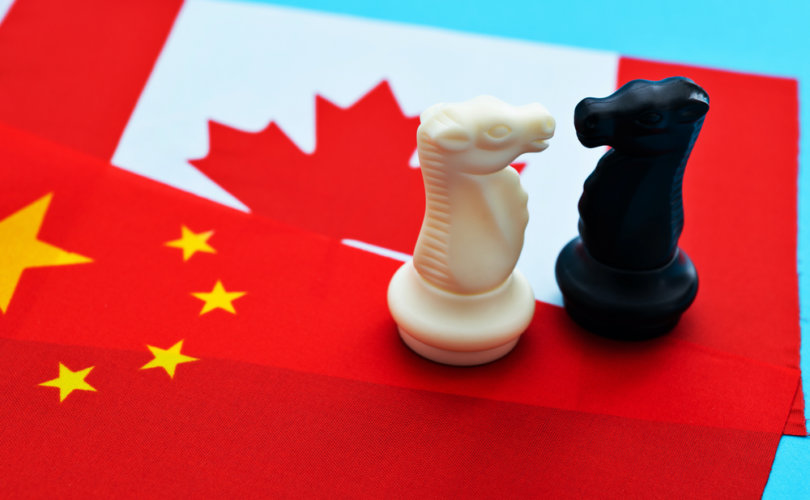 OTTAWA (LifeSiteNews) — Prime Minister Justin Trudeau, who once said he admired China’s “basic dictatorship,” was reportedly warned by top intelligence that agents of the Chinese Communist regime had been allegedly funding candidates in the 2019 federal election.

According to a Global News report, sources said the Canadian Security Intelligence Service (CSIS) identified at least 11 candidates in the 2019 federal election who were thought to be under the direct funding and influence of the Chinese Communist Party (CCP).

The sources also told the outlet that Trudeau and some of his ministers had been given information in January of this year regarding this alleged covert funding, adding that Beijing’s efforts were done with the specific intention of subverting Canada’s democratic process.

Global News noted that information from CSIS showed how payments were made through middlemen to candidates with close ties to the CCP. The infiltration also reportedly went as far as the CCP having agents working in the offices of MPs, which was done to try and influence policy direction.

While the names of the 2019 candidates were not identified, the alleged interference reportedly included members of both the Liberal and Conservative parties.

Some sources told Global News that payments were transferred through an Ontario MPP and a federal candidate staffer, while other sources reportedly noted a $250,000 payment that was made “by a CCP proxy group acting as an intermediary.”

LifeSiteNews reported in August that a former CSIS spy, Michel Juneau-Katsuya, revealed there are many Canadian politicians “at all levels” of government who are known to be in the pocketbooks of some foreign governments.

In July of this year LifeSiteNews also reported that an analysis conducted by a federal research unit showed that the CCP may have tried to influence the outcome of the Canadian 2021 federal election as well, through the spread of disinformation about the Conservative Party of Canada (CPC).

Shortly after the 2021 election – Trudeau won both the 2019 and 2021 elections – Conservative Senator Leo Housakos introduced  Senate Bill S-237, formally titled “An Act To Establish The Foreign Influence Registry and to amend the Criminal Code.”

If passed, this law would make it so all federal lobbyists who receive funds from a “foreign government, an individual or entity related to a foreign government” must disclose any payments as well as names of clients. Failure to comply would result in a $200,000 fine along with a two-year jail term.

Chinese influence in Canadian politics is unsurprising for many, especially given Trudeau’s past  admiration for China’s “basic dictatorship” and his government’s unwillingness to declare the CCP’s treatment of its Uyghur population a “genocide,” despite credible evidence.

Moreover, top-secret military documents revealed in 2020 show that under Trudeau’s watch, troops from China’s Liberation Army (PLA) had been invited to train in Canada at a military base in Ontario.