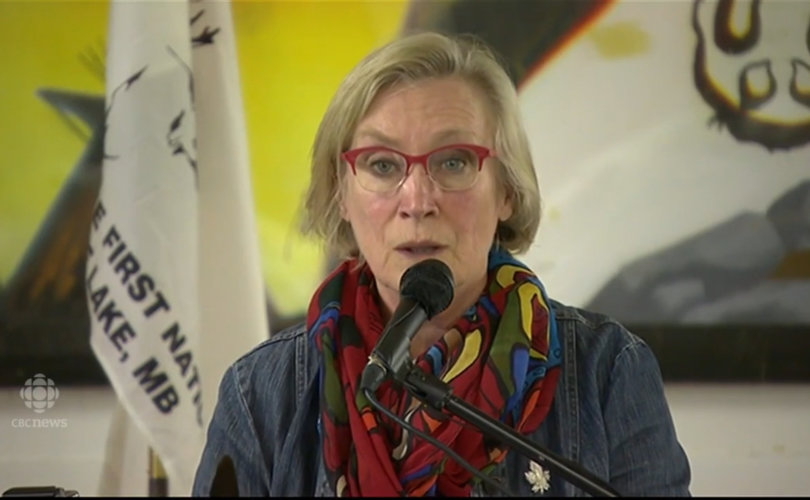 OTTAWA, Ontario (LifeSiteNews) — As drug overdose deaths continue at record highs, the Trudeau government is looking at giving those suffering from addiction a “safe supply” of hard drugs.

After initially considering an outright decriminalization of all drugs, Addictions Minister Carolyn Bennett told the Commons health committee on Monday that a so-called “safe supply” model might be more appropriate, which would involve provinces dealing hard drugs to addicts so they are not buying dangerous batches from the black market.

“As in the journey with cannabis, decriminalization still means people go to the street to get their drugs and they are still dying … I am focused on getting safer supplies to the people using drugs,” said Bennet. “We are looking at all the international models to be able to figure out what is the best way forward as we want to end this national public health crisis.”

“The other piece we are hearing a lot about is at the moment our safer supply programs are prescribed by physicians and there is a real movement to be able to look at other ways of getting safer supply, maybe using compassion clubs, pharmacists and other ways of doing this. That is what we’re hearing as the priority of people using drugs,” proposed Bennet.

While government and media have been concerned with protecting the public from the highly survivable coronavirus for the past two years, provinces and cities across the nation have suffered from an extreme uptick in accidental overdose deaths since the onset of pandemic restrictions.

For those under 65, Statistics Canada confirmed that more than four times as many people died from incidental consequences of restrictions than from COVID, with “the excess mortality” being “in large part … related to other factors such as increases in the number deaths attributed to causes associated with substance use and misuse, including unintentional (accidental) poisonings and diseases and conditions related to alcohol consumption.”

Meanwhile, after Prime Minister Justin Trudeau approved a Vancouver plan to give addicts in the Downtown Eastside a government supply of “safe” drugs in 2020, the province of British Columbia saw a record-shattering 2,224 overdose deaths the following year.

Contrasting the Trudeau approach to the drug crisis, Attorney Heather Mac Donald of the Manhattan Institute for Policy Research, previously gave an interview with the Epoch Times, rebuking the practice of drug decriminalization.