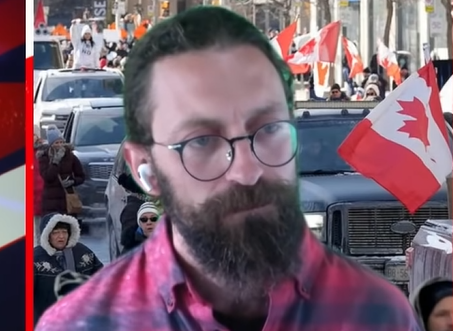 (LifeSiteNews) – The viral “#TrudeauMustGo” hashtag has resulted in the half-brother of Canadian Prime Minister Justin Trudeau taking to Twitter to blast his sibling for his divisive COVID mandates.

“I’m a 37 year old father of 4.5, entrepreneur, crypto OG & proud Canadian. For 2 decades I’ve been calling BS on the corporatocracy and my brother Justin Trudeau has become a captive in their scheme.  It’s time #TrudeauMustGo and for Canada to become a sovereign nation again,” Kyle Kemper tweeted Saturday.

Kemper has been feuding for some time now with Justin, whom he said is under some kind of “spell” from which he needs to be released.

“To my brother @JustinTrudeauI hold love and space for you,” Kemper wrote.

“Your words and actions over the past two years have been deplorable and morally repugnant. I believe you are acting under duress and it’s time for you to release yourself from the spells that bind you.”

In January, Kemper put his support behind the Freedom Convoy. He has since moved to the United States to flee his own brother’s COVID mandates.

The #TrudeauMustGo hashtag is now the number one trending political topic on Twitter, and to this date shows no signs of stopping hitting just over 2 million shares.

The trend has steadily inched upwards since September 13, according to the data, with thousands taking to social media to demand that Justin Trudeau resign as prime minister for the way he called opponents of the COVID jab mandates “extremists.”

Canada’s ArriveCAN app, according to multiple media reports, is due to become “optional” at the end of the month along with other travel COVID mandates.