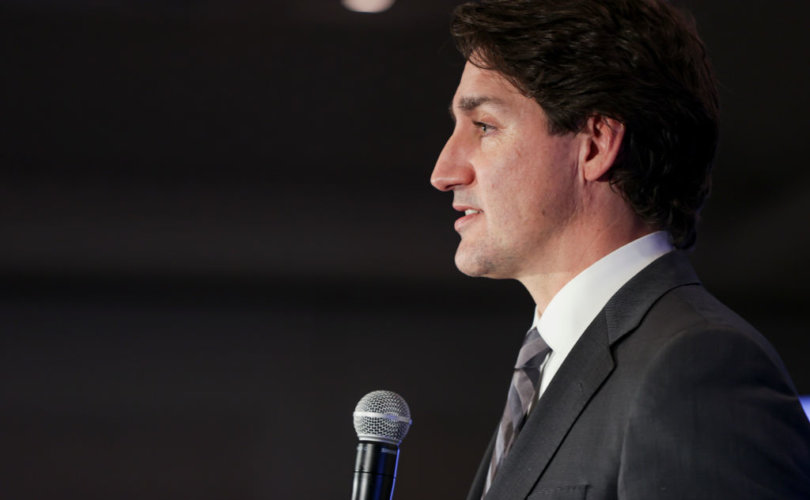 Bill C-4 was passed without debate last Wednesday with sweeping bipartisan support, after Conservative Party of Canada Member of Parliament Rob Moore successfully motioned to have the bill “fast-tracked” to the Senate.

In essence, Bill C-4 would punish anyone helping children or others with gender confusion or unwanted same-sex attraction with jail time of up to five years.

CLC linked what Liberal party ministers have said in the past about its attempts at so called “conversion therapy” legislation, to what could happen today should Bill C-4 become law.

On March 9, 2020, then Justice Minister David Lametti was asked by reporters if the first attempt at a conversion therapy ban with Bill C-8 “would make it illegal for religious leaders to condemn homosexuality.”

Lametti responded that “a legitimate conversation with an open end in helping someone to explore their sexuality” is “absolutely necessary as people move forward in life, whether it’s a guidance counselor, whether it’s a religious leader, whether it’s a parent, I’m a parent.”

CLC noted that Lametti lumped parents into his answer, saying that “now we know that parents speaking to their children will be in the same boat as pastors and priests.”

CLC noted that Lametti’s additional comments sounded “like an admission that it will indeed become illegal for religious leaders and parents to condemn homosexuality.”

Bill C-4 is the Liberals’ third attempt at a “conversion therapy” ban via legislation. It is a new reiteration of Bill C-6, which the government of Prime Minister Justin Trudeau tried to pass previously. However, C-6 was dropped along with all others after a federal election was called.

CLC noted in its video that then-Minister of Diversity, Inclusion, and Youth, Bardish Chagger, said about then-Bill C-6 that “there are young people feeling a lot of pressure and this legislation, actually, hopefully provide some relief from that pressure, is it turned the tables in the conversation because the person who is imposing that pressure now will have, well, the law will be able to take care of that issue.”

CLC said about this answer, “Did she (Chagger) just admit that mom and dad can be prosecuted if their child perceives pressure on the issues of gender identity, gender expression and homosexuality? It sure sounded like it.”

Toward the end of its video, CLC noted, “Now you know why many call Justin Trudeau’s Bill C-4 ‘the parental prosecution bill.’”

If Bill C-4 passes the senate, which CLC says could happen as early as Tuesday, it would be illegal in Canada for anyone to try and reverse a person’s orientation from homosexual to heterosexual.

It would also be illegal to try and “repress or reduce” a homosexual or transsexual behavior or tendency in a person, even if it is an adult wanting help.

The text of Bill C-4 defines the term “conversion therapy” in the broadest sense, and those who go against the bill could face a maximum penalty of up to five years in prison.

“There are no protections whatsoever in the bill for faith leaders who, for example, discourage a gender-confused person from identifying as transgender and who try to help them be at peace with the male or female body in which they were born,” said Fonseca.

CLC hosts the website stoptheban.ca which it says includes “powerful video testimonies from people, including Canadians who’ve been helped and even their lives saved by spiritual guidance, pastoral care and professional talk therapy from a licensed professional.”