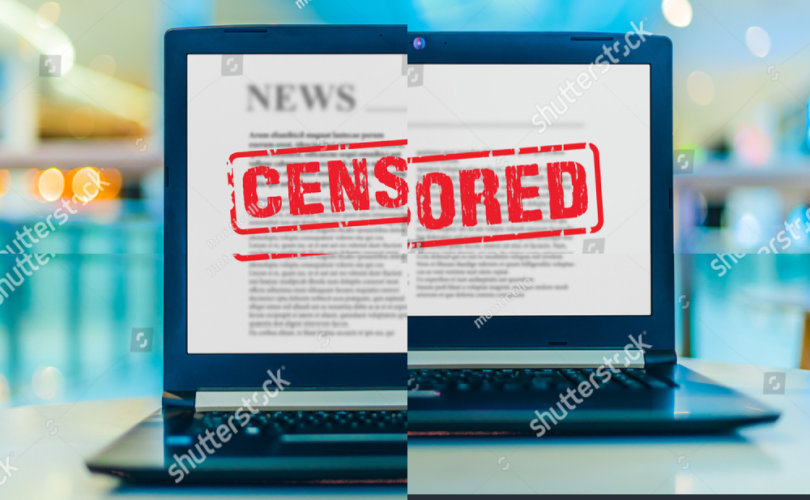 According to Blacklock’s Reporter, the motion to ax the debate surrounding the controversial piece of legislation was passed by a 174-146 vote. The result was unsurprising as NDP leader Jagmeet Singh struck a deal with Prime Minister Justin Trudeau earlier this year vowing that his party would support the Liberals until the end of Trudeau’s term in 2025.

The move was met with severe criticism by both the Conservative Party and the Green Party, with both parties implying the motion was over the line.

“They are censoring the censorship of their own censorship bill. That is what is happening,” Conservative Member of Parliament Blaine Calkins remarked.

“Ask how this place would react to a motion like this had it been brought forward in the period of time when there was a Harper majority government,” Green MP Elizabeth May said.

“I cannot think of a time that a motion this egregious was put forward in that era.”

The move has also set off a firestorm among the public and activists, with the pro-life and pro-family organization Campaign Life Coalition sending out an urgent “TAKE ACTION” notice to put an end to Bill C-11.

“In a late-night session on Tuesday, Bill C-11, the Internet Censorship Bill, was rammed through committee hearings with the Liberals, NDP, and Bloc Quebecois joining forces to quash all debate. Most of the 170 proposed amendments were hastily voted on without any discussion or public disclosure of their content. The criticism of expert witnesses was ignored,” CLC wrote. “Now C-11 will return to the House of Commons on Thursday or Friday for a final third reading and vote.”

Explaining the serious implications of Bill C-11, the CLC said that if the bill passes “the Canadian internet will fall under the bureaucratic auspices of the CRTC (Canadian Radio-television and Telecommunications Commission). This bloated crown regulator, which currently micromanages all radio and TV communications, will be charged with restricting, censoring, and rationing online content according to the government’s ‘progressive’ pro-abortion, pro-LGBT agenda.”

While the Trudeau government had promised that Bill C-11 would not impact each Canadian’s right to freedom of expression, and would merely target large corporations, CRTC chair Ian Scott recently changed course and admitted the bill would indeed impact individuals.

“[Section] 4.2 allows the CRTC to prescribe by regulation user uploaded content subject to very explicit criteria. That is also in the Act,” Scott stated in his testimony late last month, confirming what critics have been warning for months.

Although Bill C-11 has a good chance of passing in the House of Commons due to the pact between the Liberals and the NDP, at least one Canadian senator has vowed he will not allow the government to “ram this legislation through without proper parliamentary scrutiny.”

“It’s been made quite clear to the Trudeau government that there will be a diligent and thorough study of this flawed legislation; one that will be done transparently and will include witnesses whose voices and concerns were silenced in the other place,” said Conservative Sen. Leo Housakos on Wednesday.

Housakos’ statement has provided some hope for those opposed to the legislation, as the last iteration of the bill, known then as Bill C-10, was passed by the House but eventually axed by the Senate in July of last year.