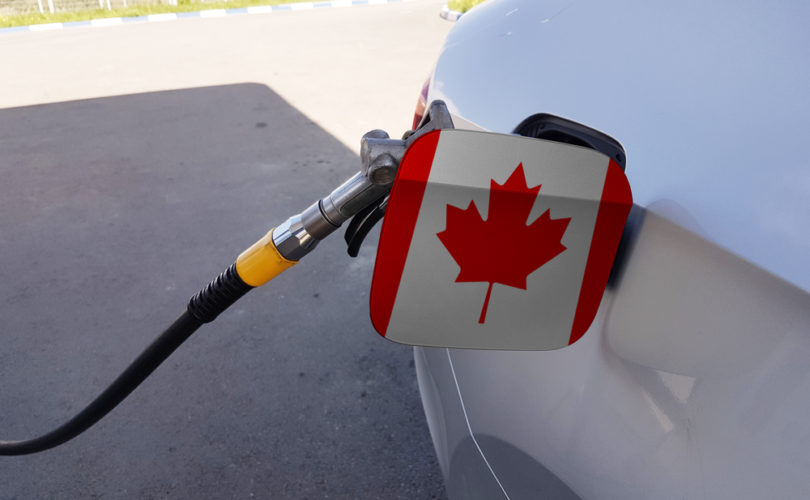 OTTAWA (LifeSiteNews) – Canada Minister of Environment Steven Guilbeault claimed “climate change” is “killing” people in the country and that offering Canadians relief at the gas pumps with tax breaks, as some provinces have done, is “political.”

Guilbeault made the bizarre claims during a recent interview on CPAC’s Prime Time Politics to discuss the United Nations radical Intergovernmental Panel on Climate Change, as well as Canada’s extremist new climate plan.

“We shouldn’t lose sight of the fact that we’ve gone through a pandemic, there’s a terrible crisis happening in Ukraine, we’re seeing inflation. But all of these crises will go, and climate change will still be there, and climate change is killing people in Canada,” Guilbeault added.

Guilbeault then claimed that a 2021 heat wave in the province of British Columbia last year caused the deaths of 700 people. However, the reality is that many in the heat wave who died were elderly people living in residences with no air conditioning.

Last year, a Canadian doctor from British Columbia diagnosed “climate change” as a reason for his patient’s worsening health, despite the fact his patient had pre-existing health issues and lived in a trailer with no air conditioning during a summer heat wave made worse by forest fires.

Since April 1, Alberta Premier Jason Kenney temporarily cut out the provincial tax portion for gasoline, which is 13 cents per liter. The day after, gas prices in Alberta did indeed fall significantly from all-time highs.

Ontario Premier Doug Ford announced that starting July 1 there will be an 11-cent-per-liter reduction in his province’s fuel tax.

Gas prices in Canada, and indeed worldwide, have skyrocketed due to high oil prices along with a lack of capacity to get crude oil to refineries.

Canada’s self-imposed carbon tax imposed at the hands of the Liberal Party of Prime Minister Justin Trudeau went up 2.2 cents per liter on April 1. The total amount is now 11 cents per litre.

While Guilbeault blamed the Ukraine/Russia war as the reasoning for high inflation and gas prices, the reality is the anti-oil and gas and extreme environmental policies of the Trudeau government play a large role.

Government-imposed taxes combined with excessive money printing/spending during COVID have no doubt contributed to Canada’s inflation being at all-time highs , as does the cancellation of the Keystone XL Pipeline project by U.S. President Joe Biden.

Trudeau has cited “climate change” as a reason to push through a radical agenda that calls for an end to the nation’s oil and gas industry, which would devastate the livelihoods of millions.

Indeed, the Liberal’s recent climate plan has been panned for attacking Canada’s oil and gas industry.

Climate extremism and a goal to phase out reliable, cheap, abundant, and efficient oil, gas, and even coal is a hallmark of the World Economic Forums’ (WEF) “Great Reset” agenda.

LifeSiteNews co-founder and managing director Steve Jalsevac has written extensively on the climate change movement, stating that there is much evidence that it is “the latest and largest-ever-in-history scheme by globalist elites to impose a secularist, anti-life and anti-family New World Order with world governance and removal of all national borders.”

Trudeau and many within his cabinet have close ties to the WEF.

Indeed, Canadian Finance Minister Chrystia Freeland, who led the charge to freeze the bank accounts of some Freedom Convoy protesters, is a member of the WEF.