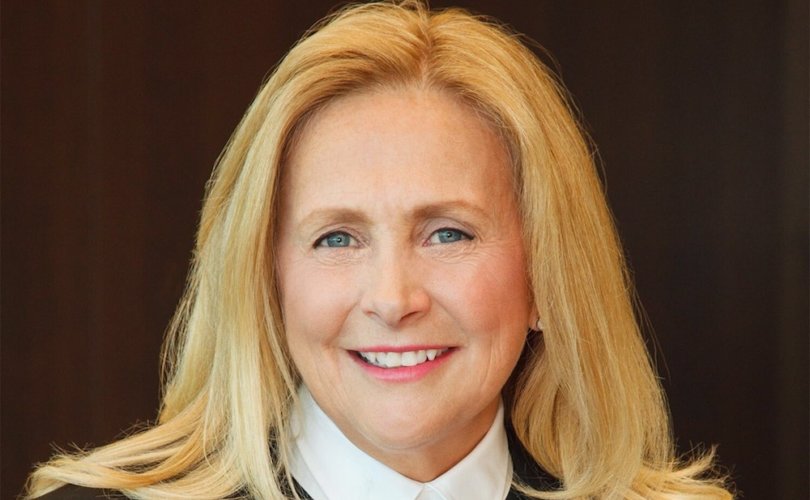 Justice Sheilah Martin has a long history of 'radical feminist activism,' according to REAL Women of Canada.

OTTAWA, December 2, 2017 (LifeSiteNews) — Sheilah Martin, Liberal Prime Minister Justin Trudeau’s newest appointment to the Supreme Court of Canada, has a long history of championing feminist causes, and was the first judge to rule an individual could legally obtain assisted suicide.

Trudeau announced Wednesday Martin was his nomination to fill the vacancy created by Chief Justice Beverley McLachlin’s retirement on December 15, 2017. The Liberals will announce the new chief justice later this month.

Martin, 60, is a judge on the Court of Appeals for Alberta, Northwest Territory and Nunavut, and her nomination maintains the top court’s current balance between the sexes of four women and five men.

The future Supreme Court justice penned a thesis on “Legal Controls on Human Reproductions in Canada:  A History of Gender Biased Laws and The Promise of The Charter” for her law doctorate at the University of Toronto in 1991, Landolt pointed out in a Thursday press release.

She also argued “numerous cases” before the Supreme Court of Canada for the Legal Education and Action Fund, or LEAF, the feminist movement’s pro-abortion legal arm.

Moreover, for contribution to the book Women’s Legal Strategies in Canada, Martin assessed the “feminist strengths and weaknesses” of “abortion litigation” in Canada, including the Supreme Court’s 1992 Morgentaler decision striking down the abortion law, according to an Osgoode Hall Law Journal review.

More recently, Martin was the first judge to rule an individual could legally be assisted to commit suicide, when a woman with ALS petitioned the Alberta Court of Queen’s Bench to do so in February 2016.

At the time, the Supreme Court had struck down the law banning assisted suicide and euthanasia a year earlier, but suspended the ruling until June 2016, so Parliament could craft a law. Individuals seeking euthanasia in the meantime could apply to a judge.

Indeed, Martin highlighted her decision in her application to the top court because it “shows how judges are often required to confront the pressing issues of our time,” she wrote.

“The applicant came to court on Thursday and sought permission to end her life on the following Monday,” Martin wrote.

“Time was of the essence, her decision was personal, permanent and profound, and I was called upon to respond fully and quickly.”

Martin, who was born and grew up in Montreal, was appointed to Alberta’s Court of Queen’s Bench in 2005, and to the appeal court in June 2016.

She was married to Hersh Wolch, a lawyer who advocated for those claiming wrongful convictions and who died in July at age 77, according to the Toronto Globe and Mail. The couple had a total of seven children from former relationships.

Martin is the second Supreme Court justice nominated under the Liberals’ new selection process, in which aspirants to the top court apply online.

The Advisory Board for the Supreme Court of Canada Appointments, headed by former Conservative prime minister Kim Campbell, narrows the number of candidates down to a shortlist of three to five.

Justice Minister Jody Wilson-Raybould will appear with Martin before a special hearing of the House of Commons Human Rights Committee Monday to “explain why Martin was nominated,” Landolt said in her press release, before adding: “We already know.”