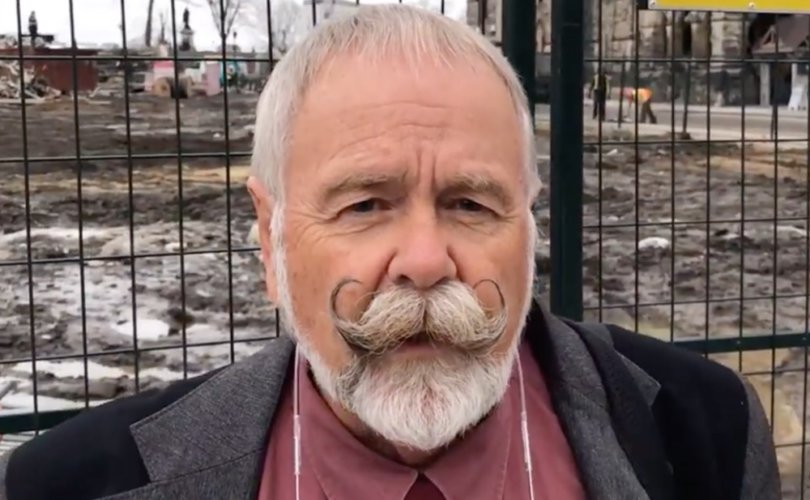 OTTAWA, March 02, 2020 (LifeSiteNews) – A Canadian conservative politician says the Trudeau government’s report recommending a “media registry” for news outlets in Canada scares the “hell out of me.”

Martin Shields, a Conservative member of Parliament for Bow River, Alberta, told the Standing Committee of Canadian Heritage during a February 26 meeting that parts of the report are opposed to current Canadian law. Shields is a member of the committee.

“From the Broadcast telecommunications report there are words in there: fair, reasonable, trusted, accurate, reliable […] those words scare the hell out of me. They’re subjective, and they’re in that report in a number of places,” said Shields in comments  (listen to audio track at minute 16:33:13) directed to Heritage Minister of Canada Steven Guilbeault in questions about the controversial Liberal government report, titled, “Canada's communications future: Time to act.”

“What’s your response to those kind of words in that report?” said Shields.

Guilbeault did not offer a direct answer to Shields queries, saying that the report was “independent,” reiterating that they are looking at all of the recommendations of the report and that anything done would “have to pass the test of the law.”

Shields replied that “those kind of subjective words don’t fit in the law. They’re not there.”

At the start of the committee meeting, Guilbeault began his address promising to bring forth recommended legislation this spring, saying “urgent action” is needed to update Canada’s media laws.

Guilbeault claimed that the Liberal government has no plans to regulate news media, saying that it wants to, “preserve a strong and independent information sector,” and an open internet. Nevertheless, after the meeting, the committee agreed to, “undertake a study of the creation and implementation of new measures for online media platforms and internet service providers.”

The committee said that online media and internet service providers should be required “to monitor, address and remove content that constitutes hate speech and remove any other content which is illegal in Canada or prohibited by the Criminal Code.”

The committee said this includes “incitement of violence, incitement of genocide, creation or distribution of terrorist propaganda and exploitation of children.”

It went onto say that this action must be made in a “timely manner,” and that the committee holds at least four meetings a year about this subject, and then report its findings to the House.

Lisa D.S. Bildy, a lawyer for the Canada-based Justice Centre for Constitutional Freedoms, told LifeSiteNews that “it seems that the government is trying to gain an acceptable foothold into the regulation of online content, including news media, by starting with the elimination of the most egregious and criminal content out there, such as the incitement to violence and genocide, terrorist propaganda and the exploitation of children.”

“But they don’t stop there,” she said.

Bildy said that the Heritage Committee’s study of the proposal shows that they are looking at wanting online media platforms and internet service providers to monitor and remove not just criminal content, but any subject matter which they feel constitutes “hate speech.”

She added the Liberal government under Trudeau is looking for a type of subjective “open-ended power,” that can, “easily be abused and broadened to remove content that someone finds objectionable, but that doesn't rise to the very high threshold of being criminal.”

The Trudeau Liberals put together a broadcasting expert panel chaired by Janet Yale. Their task was to advise the Liberal government on how to overhaul Canada’s purportedly old broadcasting laws.

The result is a government report, which contains a host of recommendations such as: “We recommend the Broadcasting Act be amended to ensure the CRTC can by regulation, condition of license or condition of registration impose codes of conduct.”

Another part of the report called for increasing funding by a total of $1.2 billion to the state-owned and leftist Canadian Broadcasting Corporation (CBC), going as far to say the CBC has a “critical role to play” in shutting down supposed fake news websites.

The Trudeau government has tried to censor independent media in Canada before. In late 2019 they went against social media companies to combat “misinformation”.

Guilbeault recently caused a flurry of controversy about the report when in an interview on CTV News, he suggested that all media in Canada would indeed require licenses.

He later backtracked from those words, but many did not buy it,  such as True North’s Andrew Lawton.

“Don't give Minister Guilbeault credit for walking back his comments about licensing media. All he said today is that he won't require licenses from “news organizations.” He didn't rule out imposing a licensing regime for other media platforms,” he said in a tweet.

When Lawton heard of Shield's comments from Wednesday’s meeting, he said via Twitter “here it comes.”

News of a potential “media registry” in Canada has also caught the attention of the Media Research Center (MRC), a media watchdog in the United States. The organization told LifeSiteNews that the report behind the Trudeau government’s call for requiring news websites and social media to obtain a government license to operate in Canada was “terrifying.”