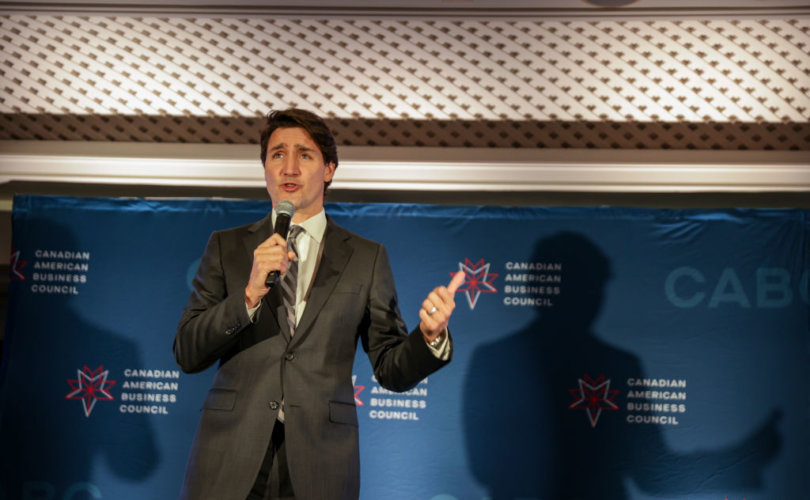 OTTAWA (LifeSiteNews) – Some Canadian Liberal Party MPs are not happy about Prime Minister Justin Trudeau’s alliance with the socialist NDP Party, saying they were not consulted about it beforehand and fear the deal will push the party too far to the left.

According to a report in the Hill Times, a Liberal MP said the Liberal-NDP confidence and supply agreement signed more than a week ago between Trudeau and NDP Leader Jagmeet Singh means it’s now “official” the party has joined “this ultra-left.”

The Liberal MP who asked to remain anonymous said that the party is already “too far left,” and the deal with the NDP came as a surprise to caucus members, leaving more than one MP upset.

The Hill Times reported that Trudeau only informed his MPs of the deal last Monday evening in “a special virtual national caucus meeting,” with MPs only getting notice of it via email just two hours beforehand.

The timing of the meeting was not normal because caucus meetings take place on Wednesdays when MPs are sitting in the House of Commons.

According to the Hill Times, the email to Liberal MPs did not state what the meeting was about, and when underway lasted 90 minutes. During the meeting, Trudeau told his caucus about the NDP deal, and MPs were allowed to ask questions.

The power agreement between the Liberals and NDP could allow Trudeau to rule until 2025, which is an election year by law. The deal was struck so that key Liberal bills could pass without any confidence votes in exchange for letting the NDP bring forth a national dental care/pharma care program.

According to another Liberal MP, since 2015 backbench Liberal MPs are not consulted on major party issues, and “the irony that this was kept from members of caucus until it actually was a fait accompli.”

“Even though if the details of that nature were kept from our caucus, NDP MPs actually got to have a say on it,” said one MP, as reported in the Hill Times.

“The juxtaposition, in my opinion, is very, very troubling.”

Another MP said that there was no meaningful debate about the Liberal/NDP deal, but warned that ignoring caucus members is a mistake for Trudeau.

Wrote the Hill Times, “Some of the cabinet ministers who are seen as very loyal and potential successors of the PM, in private conversations with MPs, have already started to distance themselves from the decisions of the centre.”

One MP said that the next election “is going to be a change election anyways,” and that some might say, “You know what, it’s time that we gave the Conservatives a chance.”

Should the Conservative Party of Canada (CPC) elect a leader who can rally all sides of the party together, its chances of winning the next election are higher.

CPC MP Pierre Poilievre is considered to be the front-runner. However, CPC MP Leslyn Lewis, who ran in the last leadership race, is also in the running and has strong grassroots support.

As for Trudeau, he has been blasted at home and abroad for his abuse of using extraordinary powers to take down the trucker Freedom Convoy, which for three weeks in February protested in Ottawa calling for an end to all COVID mandates.