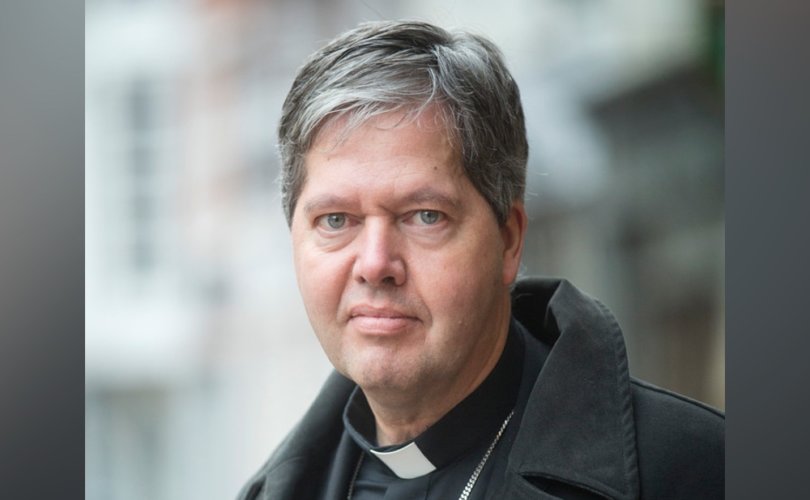 ’S-HERTOGENBOSCH, Netherlands, September 26, 2018 (LifeSiteNews) – A Dutch bishop says that the Pope’s silence in response to a Vatican whistleblower’s allegation that he knowingly covered-up for and promoted a sexually abusive prelate is “incomprehensible.”

Bishop Robert Mutsaerts, auxiliary bishop of ’s-Hertogenbosch (Den Bosch) in the Netherlands, was chosen by the Dutch Bishops’ Conference to attend the October Synod, but he decided not to attend because of Archbishop Carlo Maria Viganò’s allegations.

“[Viganò’s statement] has everything to do with it,” he told LifeSiteNews. “In fact, it was the immediate cause. We’re talking about a serious man and about serious accusations. But from various quarters, all of a sudden it’s Viganò who is being attacked.”

Mutsaerts said that it doesn’t matter to him if the former papal nuncio’s motives are “pure or not.”

“…The real issue is about what he’s saying,” the bishop asserted. “Is it true, or is it not true? That is what it is all about, and the only way to find out is to investigate.”

Mutsaert cannot understand why Pope Francis has not responded to the allegations in Viganò’s testimony.

The Pope has now directly referenced Viganò’s allegations twice, and indirectly a handful of times. On his August 26 flight from Ireland to Rome he told reporters that he was “not going to say a word about this.” During his return flight from the Baltic States today he referred to “that famous statement by a former Apostolic Nuncio,” saying that the bishops “of the world wrote to me saying that they felt close, that they were praying for me.”

During his homilies, the Pope has preached on the theme of the “Great Accuser” a number of times,  saying that Satan is the one “attacking the bishops of the Catholic Church to create scandal.”

Mutsaert said that under the circumstances of this crisis he feels that the agenda of the Youth Synod has no credibility.

In his testimony, Archbishop Viganò stated that he had himself told Pope Francis in 2013 that there was a thick dossier on then-Cardinal McCarrick because “he corrupted generations of seminarians and priests and Pope Benedict ordered him to withdraw to a life of prayer and penance.”

At that time, the then-papal nuncio to the United States did not know that McCarrick was an old friend of the new pope. Viganò was aghast that Pope Francis made McCarrick “his trusted counsellor” along with Cardinal Rodriguez Maradiaga who, Viganò alleges, has also covered up for clerical sexual abuse and other misconduct. Viganò said that Pope Francis should set the example for other bishops and resign.