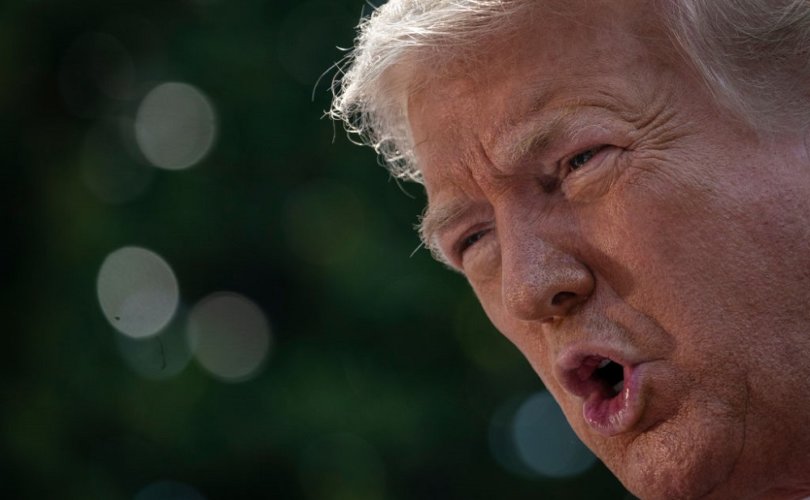 After referencing Trump’s claim that Obama had been involved in spying on his 2016 presidential campaign, CBN News political analyst David Brody asked Trump what crime could have been committed.

“They were spying on my campaign,” Trump continued. “I told you that a long time ago. Turned out I was right. Let’s see what happens to them now.”

“I want to stay out of it because otherwise it’s going to look political,” Trump said. “Let’s see what they come up with.”

“I will say this: if it were reversed, and the other party were there in the Oval Office behind the Resolute desk and it was the opposite, two years ago, 25 people would have been convicted and they would have been sent to jail for 50 years,” Trump claimed.

Trump also touted his pro-life credentials during the interview, in contrast to his presidential rival Joe Biden, and appeared to express disappointment with the Supreme Court’s recent ruling to redefine “sex” and write transgenderism into 1964 law.

Asked what a Biden win in November would mean, Trump replied “that’s going to be the end of pro-life.”

“It means that you’re going to put a radical lefty on the Court and that’s going to be the end of pro-life, it won’t even have a chance,” he said.

“Look, we’ve had a lot of losses with a Court that was supposed to be in our favor,” he continued.

Trump said the ruling showed just how significant the appointment of judges would be in the coming years.

“You’ll probably have a couple of more judges in the next four years, it could even be more than that — could be three or four,” he continued.

“If you have a radical left group of judges, religion I think will be almost wiped out at America. If you look at it, pro-life will be absolutely wiped out. So if you have that happening, pro-life is going to be out. It’s going to be gone.”