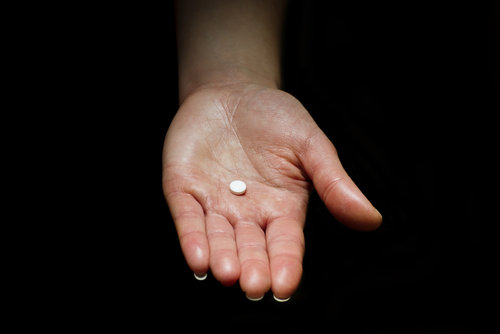 Last month, District Judge Theodore Chuang agreed to the left-wing American Civil Liberties Union’s (ACLU’s) request to allow mifepristone, the first half of the chemical abortion cocktail RU-486, to be taken home without medical supervision, arguing that the requirement posed a “substantial obstacle” during a pandemic, and ruled that, “particularly in light of the limited timeframe during which a medication abortion or any abortion must occur.”

The U.S. Food & Drug Administration (FDA) appealed the ruling, and now the Justice Department is calling on the nation’s highest court to render an immediate verdict on the temporary suspension, CNBC reports.

“By suspending enforcement of the safety requirements on a nationwide basis, the district court has irreparably harmed both the government and the public more generally,” the department argued. “Even if the FDA ultimately prevails on the merits, the risks to patients, and any harms that materialize, cannot  be undone. Those costs outweigh any burdens associated with a one-time clinic visit to receive a drug that is merely one means of obtaining an abortion.”

“We shouldn’t have to go to court to defend health and safety standards endorsed by the FDA so that women won’t die or be harmed by chemical abortion pills, but here we are again in court, thanks in part to the ACLU,” responded Students for Life of America president Kristan Hawkins. “The Trump Administration’s proactive petition represents just what Pro-Life Americans expect from their government – a commitment to mothers and their children, born and preborn.”

Meanwhile, a coalition of pro-life groups, including Live Action, Samaritan's Purse, the Susan B. Anthony List, Heritage Action, The American College of Pediatricians, AAPLOG, and more have sent an open letter to FDA Commissioner Stephen Hahn to ban the abortion pill outright.

“This lethal drug that the FDA permits for killing innocent preborn children during the first 10 weeks of pregnancy is also highly dangerous for women,” the letter argued. “According to the FDA’s adverse event reporting system, the abortion pill has resulted in over 4,000 reported adverse events since 2000, including 24 maternal deaths. Adverse events are notoriously underreported to the FDA, and as of 2016, the FDA only requires abortion pill manufacturers to report maternal deaths.”

“Manufacturers gather this information from the prescribers, such as Planned Parenthood facilities,” the letter continued. “Yet, women who experience side effects like heavy bleeding, abdominal pain, or severe infections are likely to seek care at emergency rooms, not the abortion facilities where they received the pills. Since emergency rooms are not required to report abortion pill adverse events to the FDA, the true number of adverse events is impossible to assess.”