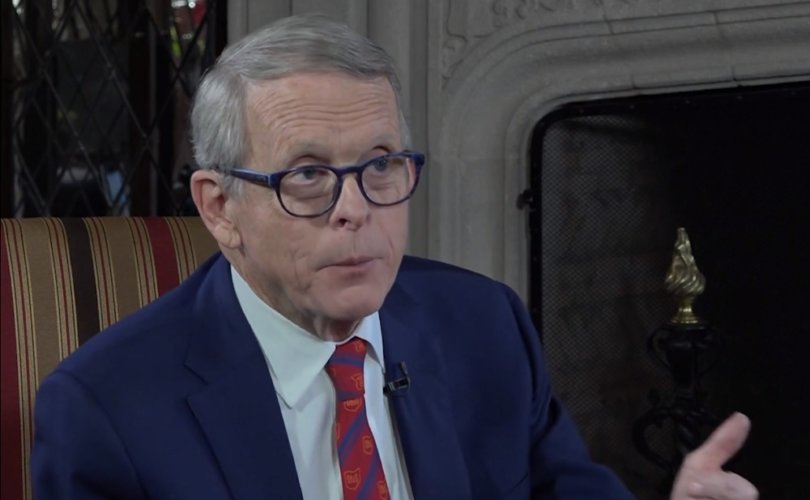 CINCINNATI, January 24, 2020 (LifeSiteNews) — In a filing before a federal appeals court, the Trump administration sided with Ohio regarding a state law that prohibits targeting babies with a diagnosis of Down syndrome for abortion.

In its filing before the 6th U.S. District Court in Cincinatti, the Department of Justice declared on Tuesday, “Nothing in Ohio’s law creates a substantial obstacle to women obtaining an abortion,” adding, “and nothing in the Constitution or Supreme Court precedent requires States to authorize medical providers to participate in abortions the providers know are based on Down syndrome.”

Lawyers for the federal government argued that the state’s Down syndrome law does not actually outlaw abortion but merely places restrictions on abortionists.

On behalf of Planned Parenthood and other abortion businesses, the initial lawsuit against the Buckeye State department of health and other officials was filed by the American Civil Liberties Union.

Federal attorneys averred an argument forwarded by Ohio Right to Life, which holds that the law protects unborn children from discrimination on the basis of disability, which is enshrined in other laws, including the federal Americans with Disabilities Act. The law was signed by Gov. Mike DeWine (R) and is among almost two dozen other laws protecting unborn children. DeWine signed into law protections for unborn babies, including prohibiting abortion once a fetal heartbeat can be detected, despite a veto by then-governor John Kasich.

Kasich signed the Antidiscrimination Law in 2017, which directs that an abortionist cannot “purposely perform or induce or attempt to perform or induce an abortion on a pregnant woman if” the abortionist “has knowledge that the pregnant woman is seeking the abortion” because of a Down syndrome diagnosis. The law shields women who seek such abortions from any liability. Abortionists peforming such abortions could face a fourth-degree felony and loss of their medical license and be held liable for damages under the law.

Before the law could take effect, however, the ACLU challenged it in court. The district court ruled against the enforcement of the Antidiscrimination Law. An appeal to the Sixth Circuit upheld the previous ruling. The dissenting judge would have upheld the Antidiscrimination Law as constitutional because there was “no evidence” that the law created a substantial obstacle to obtaining an abortion. The Sixth Circuit then voted to hear the case again before the full or “en banc” court.

Pro-abortion groups have placed the Ohio law into a category of restrictions they have dubbed “reason bans,” which they claim are attempts to persuade women to avoid abortion.

According to a release from the Department of Justice, Assistant Attorney General Eric Dreiband said, “Ohio’s Antidiscrimination Law affirms that people with Down syndrome have lives worth living and protecting. The law also protects the medical profession from harm to its integrity and protects women from abortion providers who may seek to pressure them into obtaining an abortion because of Down syndrome.”

Dreiband added, “The federal government has an interest in the equal dignity of those who live with disabilities. Nothing in the Constitution requires Ohio to authorize abortion providers to participate in abortions the providers know are based on Down syndrome.”

“The law also wards against the slippery slope to medical involvement in race- or sex-based abortions,” the DOJ press release said, while adding that the law “protects women” by separating them from “potentially coercive abortion providers who may seek to pressure them into obtaining an abortion because of Down syndrome.”

The Trump administration filing contends that the U.S. government has an interest in applying law that protects the disabled, including the Rehabilitation Act, the Americans with Disabilities Act, and the Individuals with Disabilities Education Act. It also enforces the Genetic Information Nondiscrimination Act, which protects against discrimination as to health insurance and employment on the basis of genetic information, including “of any fetus carried by [a] pregnant woman.”