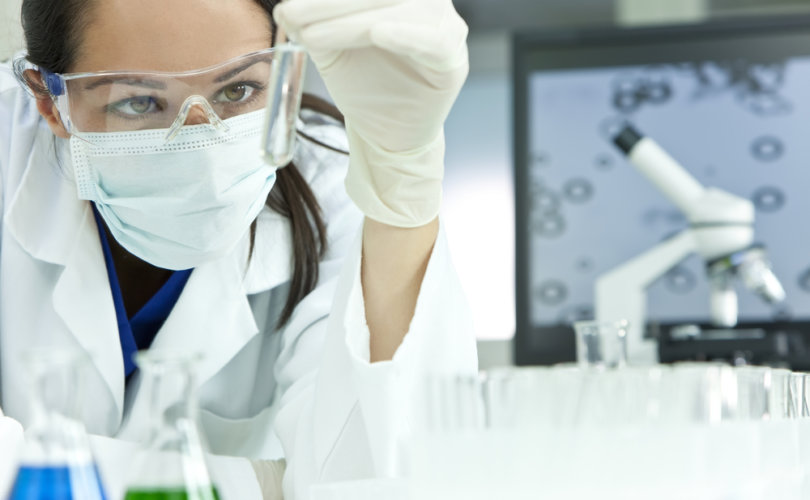 Last month, a notice from the U.S. Food and Drug Administration (FDA) surfaced detailing a contract to the fetal tissue procurement firm Advanced Bioscience Resources, Inc. (ABR) to acquire “Tissue for Humanized Mice.” The tissue was meant to give mice a “humanized” immune system for the purpose of drug testing.

Between the use of tissue from aborted babies and ABR’s past work with Planned Parenthood in the abortion giant’s 2015 scandal over selling aborted baby parts, 48 pro-life leaders representing LifeSiteNews, the Center for Medical Progress, Susan B. Anthony List, Priests for Life, Operation Rescue, and other groups sent a letter to Health and Human Services (HHS) Secretary Alex Azar on September 11 demanding the contract’s cancellation.

“We expect far better of our federal agencies – especially under the leadership of a courageous pro-life president – entrusted with the health of American citizens,” the pro-life letter reads. “It is completely unacceptable to discover that the FDA is using federal tax dollars and fomenting demand for human body parts taken from babies who are aborted.”

85 members of the House of Representatives also sent a letter about the contract to FDA commissioner Scott Gottlieb on September 17, declaring, “unborn children are not commodities to be bought and sold” and the “practice of conducting research using the body parts of children whose lives have been violently ended by abortion is abhorrent.”

On Monday evening, HHS released a statement announcing it has terminated ABR’s contract because the department “was not sufficiently assured that the contract included the appropriate protections applicable to fetal tissue research or met all other procurement requirements.”

But pro-life leaders say the move hasn’t resolved the controversy.

“Canceling a single contract and conducting a review is a small step forward, but overall is completely inadequate,” said Susan B. Anthony List president Marjorie Dannenfelser, noting that almost $100 million continues to fund other research using tissue and organs from aborted babies. She added that Congress is slated to increase funding for the National Institutes of Health (NIH) without restrictions on these kind of experiments.

Last week, Center for Medical Progress (CMP) founder David Daleiden said it was “unconscionable that the United States government would be sending the message with taxpayer dollars that these children are worth more to the U.S. government dead than alive,” in a speech to the Values Voter Summit in Washington, D.C.

In 2015, CMP revealed Planned Parenthood’s fetal organ harvesting activities with a series of undercover videos that suggested the abortion giant was breaking multiple federal laws pertaining to human tissue sales and abortion procedures. Their work led to a congressional panel referring ABR, among other entities, for criminal investigation.

“So long as HHS trades taxpayer dollars for freshly-aborted baby body parts, the U.S. government is setting its own abortion quotas and sending the message that these children are worth more dead than alive. By terminating a grotesque contract for ‘fresh’ aborted baby parts from Planned Parenthood’s business partners ABR that never should have been signed in the first place, HHS has taken a small first step to stop the epidemic of trafficking tiny baby hearts, lungs, livers, and brains from late-term abortion clinics into government-sponsored laboratories for taxpayer-funded experimentation. HHS’s mission to ‘serve all Americans from conception to natural death’ cannot permit trafficking unborn children to stitch their body parts into lab rats.”

This FDA contract is a striking exception to a robust pro-life record that has won high praise from the pro-life movement. President Donald Trump has actively pursued numerous pro-life policies, including moves to partially defund Planned Parenthood through administrative actions.

“HHS’s newly-announced review of fetal tissue procurement and experimentation must be exacting, and it must terminate all other agreements for baby body parts with ABR, StemExpress, and similar business partners with Planned Parenthood and the abortion industry,” insisted Daleiden. “HHS should provide 110% transparency about the extent of taxpayer-funded harvesting from and experimentation on unborn children, and to this end, CMP will file a federal Freedom of Information Act request in the coming days to surface all the relevant facts and details about the $100 million in taxpayer money spent on HHS’s most recent round of baby body parts contracts and projects.”