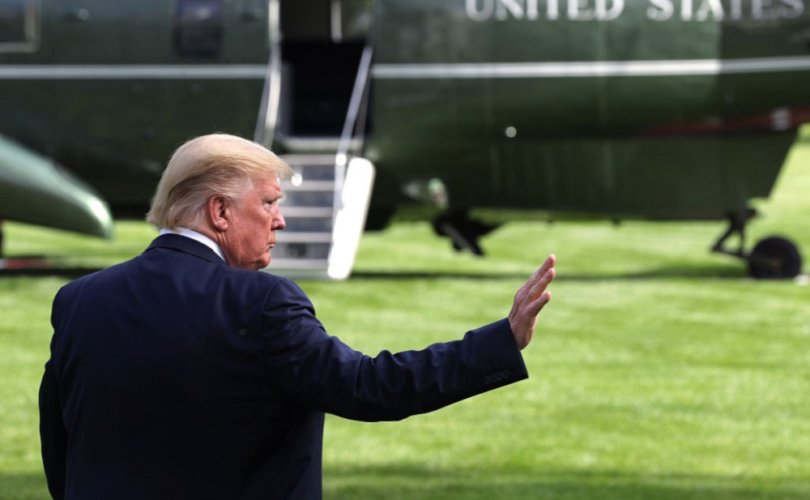 May 4, 2020 (The Daily Signal) — The Trump administration has acted to ensure that no funds from the new Paycheck Protection Program, set up to assist small businesses battered by COVID-19, will go to Planned Parenthood.

“President Trump is committed to ensuring Paycheck Protection Program money is used for saving jobs at small businesses, not getting the government into the business of funding abortion,” a senior administration official told The Daily Signal.

“While not all Americans share President Trump’s pro-life beliefs, there is broad bipartisan support for the idea that American taxpayers should not have to fund abortion,” the official said Wednesday night.

The Paycheck Protection Program, designed to shore up small businesses that had to close or otherwise were affected by the coronavirus pandemic, allows businesses with fewer than 500 employees to be forgiven for the principal of a government loan if they don’t lay off their employees. The employers still have to pay the interest on the loans, overseen by the Small Business Administration.

The program’s initial $350 billion fund, established in legislation passed March 30 by the House, was depleted April 16. The program received $320 billion in new funding in a bill passed Thursday by the House and signed into law Friday by Trump.

“The SB in SBA is for ‘small business,’ so SBA has regulations called ‘affiliation rules’ to define when small employers might be so closely affiliated with a parent organization that they should be considered one large employer,” the official said, adding:

So far, over 1.6 million businesses have received forgivable loans from the Paycheck Protection Program, with Trump saying that the SBA processed more loans in 14 days than it had in the previous 14 years.

A quote was added to this report shortly after initial publication.