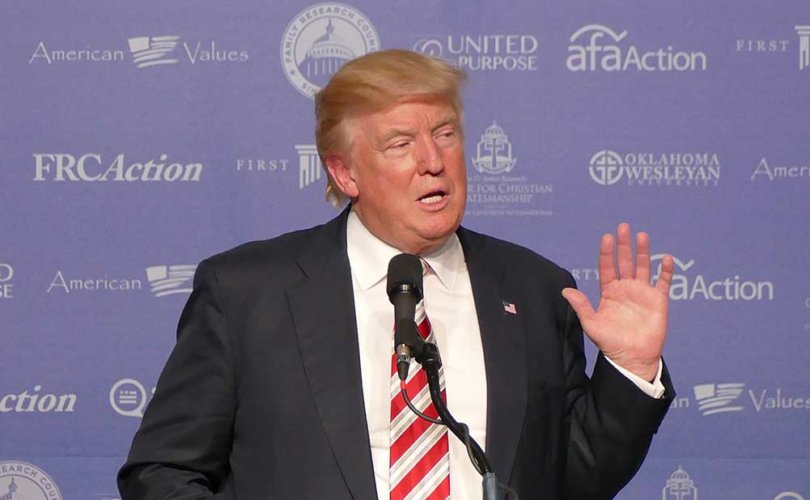 WASHINGTON, D.C., October 22, 2018 (LifeSiteNews) – A leaked memo suggests that the Trump administration is considering an official definition of “sex” that rejects gender confusion in favor of strictly biological criteria, much to the consternation of pro-LGBT voices.

On Sunday, the New York Times reported that it obtained a draft memo from the Department of Health and Human Services stating that “Sex means a person’s status as male or female based on immutable biological traits identifiable by or before birth,” and “The sex listed on a person’s birth certificate, as originally issued, shall constitute definitive proof of a person’s sex unless rebutted by reliable genetic evidence.”

The memo reportedly calls on government agencies to adopt a clear, uniform definition based “on a biological basis that is clear, grounded in science, objective and administrable,” with disputes settled by genetic testing. Among the change’s effects would be that only biological females would be treated as women for the purpose of Title IX non-discrimination or government-assistance regulations.

The Departments of Justice and Education declined to comment on the memo, as did HHS Office for Civil Rights director Roger Severino. But HHS officials did confirm to the Times more generally that it’s working to clarify and limit the definition of sex in federal civil rights laws.

The memo aligns with the scientific consensus that biological sex is rooted in an individual’s chromosomes and reflected by hundreds of genetic characteristics. The American Psychiatric Association still classifies gender dysphoria as a mental disorder, as did the World Health Organization until this summer. Yet numerous left-wing figures and groups have denounced the administration for saying that biology trumps personal perception of one’s “identity.”

The policy change “quite simply negates the humanity of people,” Catherine Lhamon of the Obama Education Department’s Office for Civil Rights told the Times. ACLU attorney Chase Strangio tweeted reassurance to “scared and hurt” transgenders that his organization was “working to stop this and we will never give up.”

Numerous pro-LGBT outlets, groups, and public figures have rallied around the narrative that that the policy would somehow deny or erase the existence of gender-confused people themselves, rather than simply disputing their claims about their “true” gender. Conservatives argue that insisting on people’s biological sex while confronting the true threats to their mental and emotional welfare is compassionate.

“The fact of the matter is that while academics and activists have been running around willy nilly changing the definition of sex and inventing 72 (at least) new pronouns, none of this has been rooted in any kind of confirmable science,” The Federalist’s David Marcus wrote. “It is farcical to think that the state can somehow keep up with such changes or pursue policies regarding sex without a workable and consistent definition.”

As an example of the change’s necessity, Marcus discussed government quotas for contractors to hire a certain number of women. “It makes no sense at all that a 40- or 50-year-old man, who has enjoyed the benefits of his sex for his entire career, can decide he is a woman and receive the benefit of the set-aside at the expense of a firm helmed by a woman who is more likely to have experienced the circumstances the law aims to compensate for,” he said.

If accurate, the leaked proposal is the latest in a string of moves by the Trump administration to combat the ideology of gender fluidity. Past actions include attempting to ban trans soldiers in the military, rejecting transgender complaints about public-school bathroom policies, and increasing the likelihood of housing gender-confused inmates in prisons matching their actual sex.