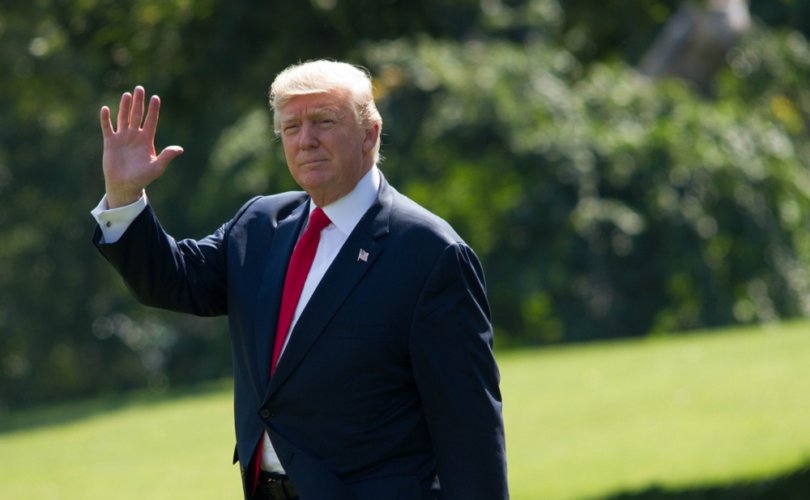 WASHINGTON, D.C., July 14, 2020 (LifeSiteNews) – The Trump administration announced this weekend it has formally rescinded Obama-era decrees that effectively forced insurance plans to subsidize elective abortions and medical treatment that would affirm the gender-confusion of patients who identify as members of the opposite sex.

The rule was blocked in December of that year, meaning it hasn’t actually been enforced, but as long as it is on the books, danger remained of a future court reviving it. So the Trump administration’s Department of Health and Human Services (HHS) announced last month that it will “enforce Section 1557 by returning to the government’s interpretation of sex discrimination according to the plain meaning of the word ‘sex’ as male or female and as determined by biology.”

On Sunday, HHS announced that it has finalized the new rule undoing the old one. “HHS will enforce Section 1557 by returning to the government’s interpretation of sex discrimination according to the plain meaning of the word ‘sex’ as male or female and as determined by biology,” the announcement declared. “The 2016 Rule declined to recognize sexual orientation as a protected category under the ACA, and HHS will leave that judgment undisturbed.”

Instead, it will “continue to vigorously enforce federal civil rights laws prohibiting discrimination on the basis of race, color, national origin, disability, age, and sex in healthcare” according to the plain meaning of those words.

“HHS respects the dignity of every human being, and as we have shown in our response to the pandemic, we vigorously protect and enforce the civil rights of all to the fullest extent permitted by our laws as passed by Congress,” HHS Office for Civil Rights director Roger Severino said. “We are unwavering in our commitment to enforcing civil rights in health care.”

This is only the latest in a series of moves by the current administration to undo the pro-abortion legacy of former President Barack Obama, particularly Obama’s executive actions pertaining to the controversial healthcare law that bears his name. Last week, the U.S. Supreme Court finally ruled that the administration could rescind Obama’s rule forcing religious institutions, such as the Little Sisters of the Poor, to cover contraception in health insurance plans.

It remains to be seen how the “gender identity” portion of the new rule will fare in light of the Supreme Court’s decision last month to reinterpret “sex discrimination” under the federal Civil Rights Act to include transgenderism. Another lawsuit has already been filed specifically challenging HHS’s reversal on Section 1557.

Either way, both major elements of the new rule are sure to be reversed if former Vice President Joe Biden, Obama’s former running mate, defeats Donald Trump for the presidency in November. Biden has condemned the Supreme Court’s ruling in favor of the Little Sisters, and is running on an aggressive pro-LGBT platform that includes redefining “sex” to include “gender identity” across federal law.