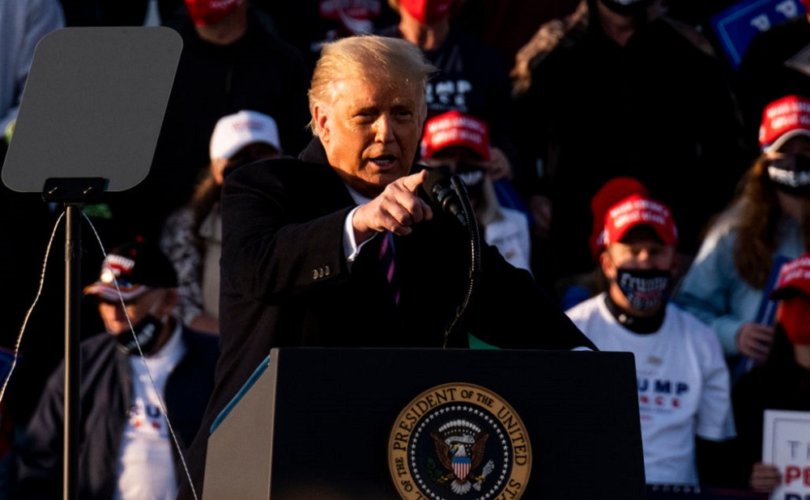 WASHINGTON, D.C., September 21, 2020 (C-Fam) — The Trump administration is taking additional steps to ensure foreign organizations that perform or promote abortion as a method of family planning do not receive U.S. taxpayer funding.

Under the new rule, federal contractors would also be prohibited from performing or promoting abortion, even with funds from other sources. The Kaiser Family Foundation estimates the impact to be significant, as 40% of global health funding to foreign organizations goes through government contracts.

U.S. registered contractors remain exempt. However, they are required to apply the policy to all foreign-based subcontractors. In addition to prohibiting the direct performing of abortion the policy also restricts lobbying to change abortion laws and conducting public information campaigns about abortion as a method of family planning.

Mexico City Policy (referred now as Protecting Life in Global Health Assistance) was first instituted in 1984 by President Ronald Reagan. It has been instituted by all Republican presidents and rescinded by every Democrat. Before the Trump administration, it applied only to family planning funding totaling approximately $600 million annually. Trump expanded it to the entire global health budget.

Under President Obama international family planning services were integrated with HIV/AIDs programs. Now eligible for HIV/AIDs funding, this allowed abortion groups to supplement their budgets with an additional $6 billion annually.

In March 2019, Secretary of State Mike Pompeo announced plans to eliminate additional loopholes, what he referred to as “backdoor funding schemes” whereby foreign organizations bound by restrictions could give money to other organizations that conducted abortion activities.

In January Republican lawmakers penned a letter to Secretary Pompeo asking for even further expansion. Specifically, the letter was critical of U.S. organizations involved in overseas abortion activities yet exempt from the policy. Lawmakers cited incidents of U.S. organizations restructuring their foreign affiliates so they could continue abortion activities. The letter also noted concern that U.S. groups were integrating U.S. global health programs with their overseas abortion programs.

Population Services International (PSI), known for the distribution of medical abortion pills in Africa, received $123 million in U.S. global assistance in 2018. PSI noted they would open “branch offices” under their U.S. NGO whereby they could provide services.

Abortion and LGBT groups have been strong critics of the expanded policy, claiming vulnerable populations have suffered due to the closing of clinics and disruption in healthcare delivery, especially where health programs have been integrated.

The proposed rule requires a 60-day comment period before it can be implemented and is not expected to take effect unless President Trump receives a second term.