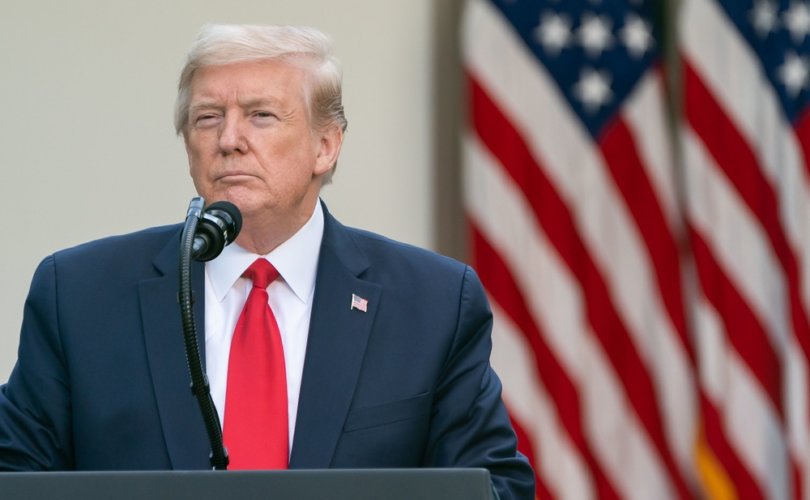 September 15, 2020 (LifeSiteNews) – The Trump administration is moving to further strengthen the pro-life Mexico City Policy by extending the existing ban to contracts with entities that provide foreign aid.

Shortly after taking office in 2017, President Donald Trump’s Protecting Life in Global Health Assistance (PLGHA) policy not only reinstated the Mexico City Policy, which bars the United States’ $8.8 billion in foreign aid from being distributed to entities that perform abortions, but took the additional step of expanding it to groups that promote or discuss abortion.

PLGHA currently applies to foreign aid disbursed through grants and cooperative agreements, but the new rule proposed by the State Department would also exclude entities that receive foreign aid via contracts, regardless of whether those entities technically fund their abortion-related practices via separate sources.

Such contracts comprise approximately 40% of health-related foreign aid, The Hill notes, meaning the new rule would significantly increase the amount of money directed away from abortion.

“We thank President Trump and Secretary Pompeo for boldly defending life on the world stage,” Susan B. Anthony List president Marjorie Dannenfelser responded. “From day one they have championed innovative policies to protect unborn children and their mothers, as well as taxpayers.”

“In total, only eight out of 1,340 prime awardees with awards in place between May 2017 and September 30, 2018, have declined to agree to the Policy, as well as a small portion of sub-awardees,” the report said. In rare cases where services have been disrupted, the government says it “has worked to transition activities to new partners as quickly as possible to prevent or resolve instances in which delays or gaps in service could or have occurred.”

Public comments in support of the proposed rule can be submitted until November 13 by clicking here.