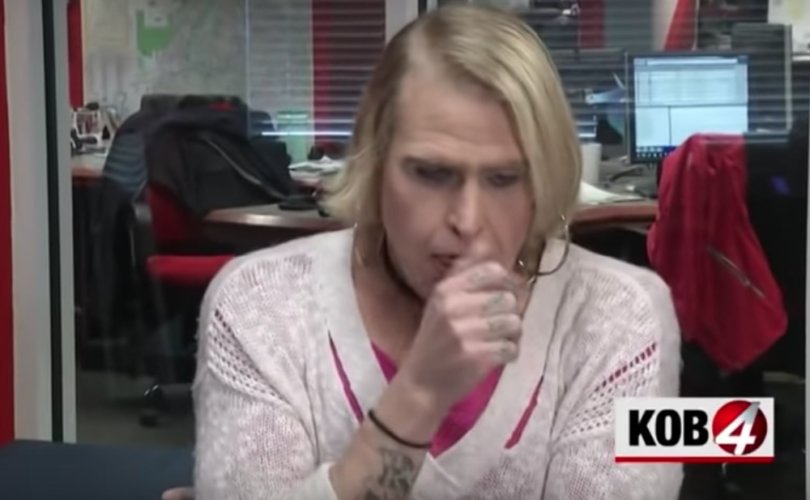 The proposed rule would allow single-sex homeless shelters to turn away gender-confused individuals of the opposite sex, consistent with the “religious beliefs of shelter providers,” The New York Times reported. The administration says the rule will be consistent with the principle that shelters “must not discriminate based on sexual orientation or transgender status.”

The administration argues that the rule, which would reverse an edict from the Obama administration, will allow shelters to protect actual women from the various challenges of being forced to share close quarters and intimate facilities with men, including men (such as abusive ex-partners) who aren’t actually gender-confused and merely claim trans status to get close to potential victims.

LGBT activists are outraged by the measure, which LaLa Zannell of the left-wing American Civil Liberties Union (ACLU) claims “would be particularly dangerous for the black and brown transgender women who face extraordinarily high rates of unemployment and homelessness at any time, and particularly in this economic crisis.”

“Transgender people should get the same rights as everyone else, but they don’t get to change things for everybody else,” HUD Secretary Ben Carson declared last year, relaying conversations with shelter operators and women’s groups who didn’t want “big, hairy men” sharing space with vulnerable women. “If you have a women's shelter and you’ve been operating well, you get to decide how you're going to run it, the federal government doesn't need to be telling people who is a man and who is a woman.”

As LifeSiteNews covered when former President Barack Obama handed down the previous rule change in 2016, and has covered when similar concerns have been raised about locker rooms and restrooms, the dangers of diluting sex-segregated facilities is not theoretical.

In 2012, Christopher Hambrook assaulted multiple women at a Toronto shelter by claiming to be transgendered. “One of the guests at a rescue mission overheard someone on the street saying, ‘Dude, if you go down to the rescue mission and tell them you’re transgender, you can sleep in the women’s dorm and even shower with them,’” John Ashmen, president of the Association of Gospel Rescue Missions, told LifeSiteNews at the time.

Implementation of the regulation may be complicated, however, by the U.S. Supreme Court’s recent decision to reinterpret “sex discrimination” in Title VII of the 1964 Civil Rights Act to include “sexual orientation and gender identity,” which could force shelters to regard “trans women” as if they were actually women.