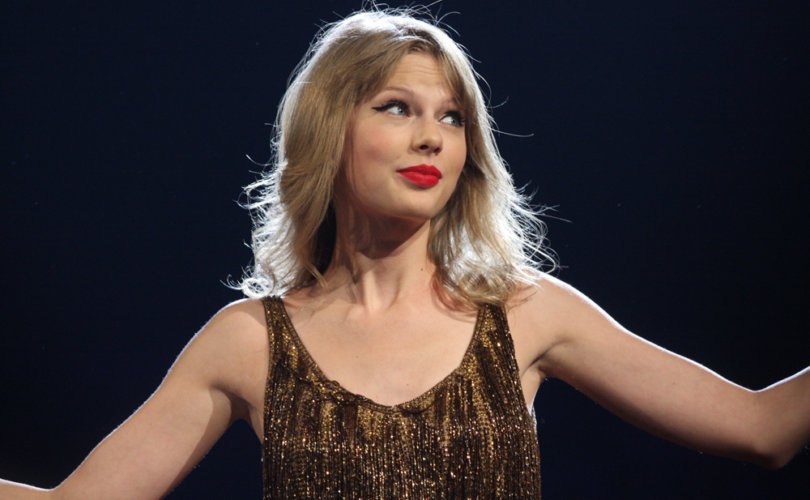 WASHINGTON, D.C., August 28, 2019 (LifeSiteNews) – The Trump administration reiterated its opposition to the so-called “Equality Act” Tuesday, responding to a challenge by pop star Taylor Swift in support of the wide-reaching LGBT measure.

Swift used her Monday performance at the annual MTV Video Music Awards to promote her Change.org petition supporting the Equality Act, which she claimed “basically just says we all deserve equal rights under the law.” She added that its more-than 500,000 signatures “is five times the amount that it would need to warrant a response from the White House.”

Fox News notes that the administration is only obligated to address petitions if they gather 100,000 signatures within a 30-day window, but the White House chose to answer questions on the matter anyway.

“The Trump Administration absolutely opposes discrimination of any kind and supports the equal treatment of all; however, the House-passed bill in its current form is filled with poison pills that threaten to undermine parental and conscience rights,” deputy press secretary Judd Deere told CNN in response to an inquiry about Swift’s challenge.

Conservatives have long warned that the bill’s true purpose is not to protect homosexual or gender-confused Americans from tangible harm, but to force religious adoption agencies to place children in same-sex homes; force other Americans such as photographers, florists, and bakers to participate in same-sex “weddings”; force employers and businesses to accommodate cross-dressing and sex-change treatments regardless of their own values or policies; and to force women and girls to sleep, shower, and use the bathroom alongside gender-confused males.

The Democrat-controlled House of Representatives voted to pass the bill in May, but it’s considered a non-starter in the Senate and is opposed by President Donald Trump.

Swift, a former country star whom liberals attacked for years because she remained apolitical, has abandoned her bipartisan image over the past year by endorsing Tennessee’s former Democrat governor Phil Bredesen in his failed Senate race against Republican Marsha Blackburn, donating $113,000 to combat a slate of religious-liberty bills in Tennessee, and releasing a music video depicting religious and conservative Americans as hateful, dim-witted rednecks.

Last week, Swift told The Guardian she feels “really remorseful” about not endorsing Democrat Hillary Clinton in 2016, but will “do everything I can” to oust Trump in 2020. “Obviously I’m pro-choice,” she added.

“I would love to just survey the audience if they know what that even is, what the Equality Act is and isn’t,” she said. “She’s welcome to her opinion, I will tell you there’s a lot of poison pills in it…when something is named something, it is not always truly that. So we have to look at the legislation.”