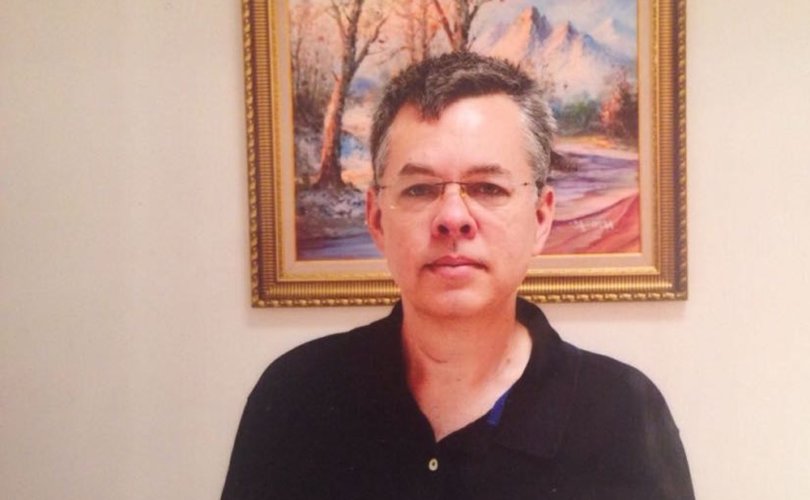 WASHINGTON, D.C., April 18, 2018 (LifeSiteNews) – President Trump has expressed his support for American evangelical pastor Andrew Brunson, who is currently on trial in Turkey.

In a Tuesday evening tweet, Trump wrote that Brunson is being persecuted “for no reason.”

“They call him a Spy, but I am more a Spy than he is,” Trump wrote.

Brunson has been imprisoned in Turkey since 2016, when Turkish officials allege he supported a failed anti-government coup.

Brunson lived in Turkey for 23 years and served as Pastor of the Izmir Resurrection Church. He is accused of “Christianization,” an alleged act of “terrorism” for which he could be sent to prison for 35 years.

This week, his trial took a “bleak turn” when the judge refused to release Brunson, sending him back to an overcrowded prison, according to the American Center for Law and Justice (ACLJ). The ACLJ reports that Sen. Thom Tillis, R-NC, of Brunson’s home state, and Ambassador at Large for International Religious Freedom Sam Brownback were at the trial.

Brunson “may never touch American soil again unless the world intervenes,” the ACLJ warns, because a 35-year prison sentence would essentially be a life sentence for the 50-year-old Christian pastor.

“Pastor Brunson is strengthened by his love for his family and his faith in God, but his health has deteriorated,” the senator said. “He has lost 50 pounds and spends 24 hours a day in a cell with limited human contact…He fears the possibility that the American government accepts the indictment and forgets about him, which we will not allow to happen.”