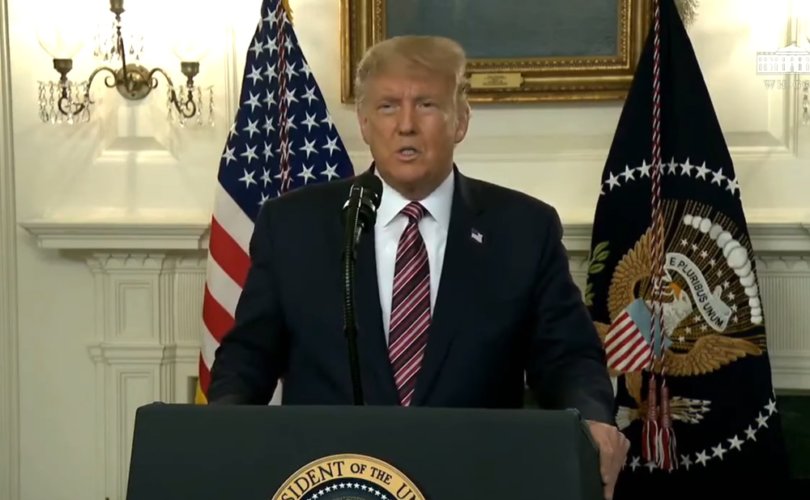 Just in December, the Senate confirmed her nomination to the U.S. District Court for the Eastern District of Missouri, defying left-wing attacks on her pro-life public statements.

“She’s done terrific legal work over the years on some of the Thomas More Society’s biggest cases, and that, together with her service as a law clerk for now U.S. Supreme Court Justice Brett Kavanaugh has prepared her well for her time on the bench,” Bath continued.

“Sarah Pitlyk will be a fair and wise federal judge who will bring honor and distinction to the federal judiciary and make the president who nominated her and the Senate that confirmed her proud.”

Trump said during today’s brief speech announcing the new names, “Every one of these individuals will ensure equal justice, equal treatment, and equal rights for citizens of every race, color, religion, and creed.”

He emphasized that all potential Supreme Court nominees would be justices like the late Antonin Scalia, Clarence Thomas, and Samuel Alito. He did not, in that context, refer to the two justices he nominated himself, namely Neil Gorsuch and Brett Kavanaugh.

Both Gorsuch and Kavanaugh have written opinions disappointing conservatives.

Trump had already released two lists with 21 names overall during his 2016 campaign for president.