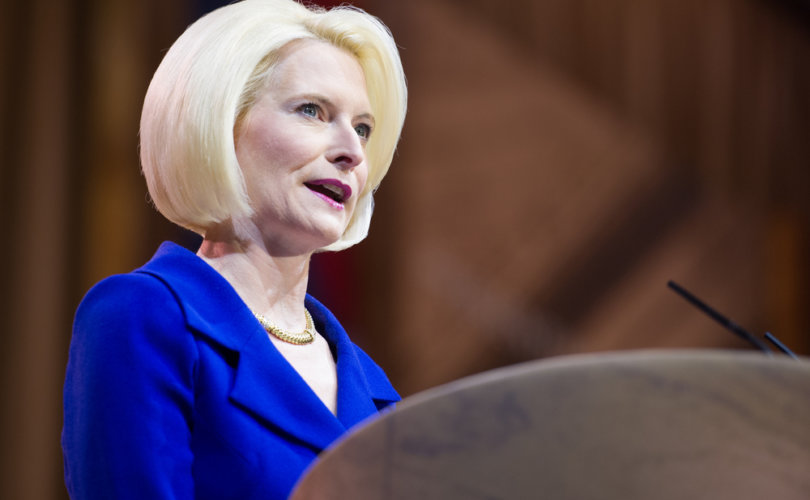 May 25, 2017 (LifeSiteNews) — President Trump has named Callista Gingrich, the wife of former House speaker Newt Gingrich, as the next U.S. ambassador to the Holy See.

Ms. Gingrich, 51, is slated to be the third woman to serve in that role, following Lindy Boggs, a former Congresswoman who held the job from 1997 to 2001, and attorney and Harvard professor Mary Ann Glendon, who occupied the post from 2008 to 2009.

Like Boggs, Gingrich also has Capitol Hill experience, but not as an elected official. In the early 1990s, she was a member of Rep. Steve Gunderson’s staff, and then went on to work for the House Committee on Agriculture. She is now president of Gingrich Productions, a multimedia company noted for producing Nine Days that Saved the World, a video about Pope John Paul II's historic nine-day pilgrimage to Poland in June 1979. She also serves as president of the charitable non-profit Gingrich Foundation.

While Gingrich is credited with having played an important role in her husband’s conversion to Catholicism, she is equally well known for having had a long affair with Newt Gingrich while he was married to another woman. Newt divorced his second wife in 1999 and married Callista in 2000. He converted to Catholicism nine years later.

Speaking of Gingrich’s nomination, former Ambassador to the Holy See Francis Rooney told Crux, “I take it as a good sign.”

He explained that Gingrich’s husband’s close ties with Trump will be seen as a prized asset by the Vatican.

“The Holy See mission doesn’t have business and consular activities and things like that, and to be powerful and influential it needs a strong relationship directly with the White House,” Rooney said. “People in the State Department are not exactly friends of the Holy See mission, in many respects.”