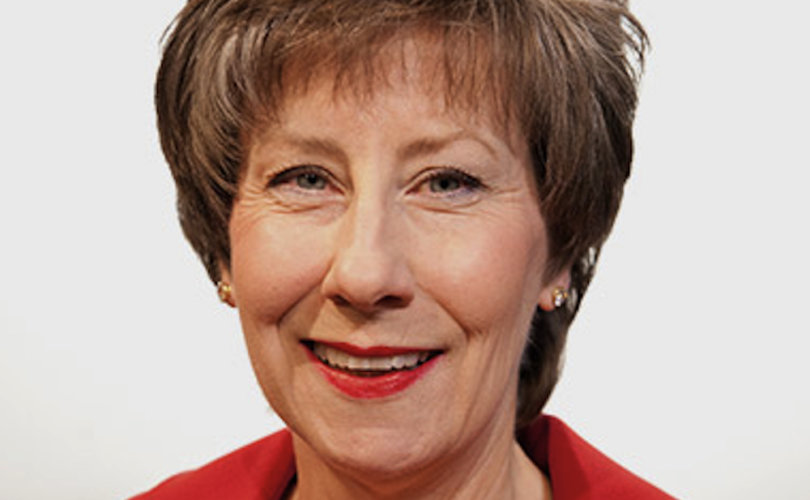 May 23, 2017 (LifeSiteNews) — There is more good “personnel” news for pro-family advocates: President Trump has hired another top social conservative, Shannon Royce, former chief of staff at the Family Research Council, to work in his Department of Health and Human Services (HHS).

Royce will serve as the Director of the Center for Faith-based and Neighborhood Partnerships at HHS, under Dr. Tom Price, a former U.S. Representative, R-GA, and pro-life stalwart. The Faith-based Center was formed in 2001 by President George W. Bush to ensure that religious non-profits were not excluded from federally-funded programs to serve the poor and vulnerable.

Obama moved the HHS agency in a “progressive” direction, in part by stacking it with religious-left advocates like Rev. Jim Wallis, an evangelical who in 2013 switched to support homosexual “marriage” and pro-abortion advocate Rabbi David Saperstein. Another Obama appointee was self-styled “gay Christian” Harry Knox, a former staffer with the LGBTQ lobby Human Rights Campaign, who claimed in 2007 that his homosexuality was a “gift from God.”

Royce’s resume reads like a Who’s Who of the pro-family, pro-life movement in the nation’s capital. Most recently, she served as Chief of Staff and C.O.O. at the Family Research Council (FRC), managing day-to-day operations for a staff of 80. FRC’s stated mission is to promote “a culture in which all human life is valued, families flourish, and religious liberty thrives.” It is the leading think tank in Washington opposing the LGBT activist movement.

FRC, which also defends pro-life legislation and causes, education reform, and religious freedom, has been smeared as a “hate group” by the leftist Southern Poverty Law Center (SPLC) and allied LGBTQ groups like HRC. In 2012, it barely avoided a terrorist massacre when a crazed, gun-wielding, pro-homosexual leftist, Floyd Corkins, invaded FRC’s headquarters building near D.C.’s Chinatown with a plan to slaughter its employees.

Corkins, packing 50 rounds of ammo and a sack of 15 Chick-fil-A sandwiches, had seen the SPLC’s spurious “Hate Map,” on which FRC, like many other groups defending biblical values, was listed. He had planned to stuff a chicken sandwich in the mouth of every FRC staffer he murdered, but he was thwarted by the FRC’s brave building manager, Leo Johnson.

FRC president Tony Perkins accused the SPLC of contributing to Corkins’ attack through its reckless “hate-labelling” system designed to demonize and discredit social conservatives like himself. Still, FRC remains on the leftist group’s “hate map” to this day.

But under Trump, a new day has dawned for pro-family advocates. In a May 16 congratulatory post on the FRC newsletter Washington Watch newsletter, Perkins praised Royce:

“After two years serving alongside us, Shannon is transitioning to a position of leadership at Secretary Tom Price's HHS, where she'll join former FRCers Teresa Manning and Charmaine Yoest. Shannon's new job … will give her an opportunity to use her vast coalition-building experience in defense of solid healthcare policy. We couldn't be happier to see her use her talents to advance the pro-life message in the Trump administration.”

Royce, a cancer survivor, worked for more than seven years on Capitol Hill, including serving as counsel to Sen. Chuck Grassley, R-Iowa, now Chairman of Senate Judiciary Committee.  She also worked for several faith-based non-profits, including as director of public policy and legislative counsel for the Southern Baptist Ethics & Religious Liberty Commission (ERLC), a group focused on issues such as sex trafficking, global hunger, and protecting religious liberty.

Royce also served as the founding executive director of the Arlington Group, a pro-family coalition. In addition to Dr. Price, she joins Yoest, another pro-life icon at HHS whom Trump appointed as assistant secretary of public affairs. Yoest is the former CEO of Americans United for Life.

Royce, who received her Juris Doctor from the George Washington University School of Law, is married with two grown sons. She said she enjoys running half-marathons for fun. Dozens of pro-family conservatives, some well-known, many not, congratulated Royce on her Facebook page after the HHS appointment.