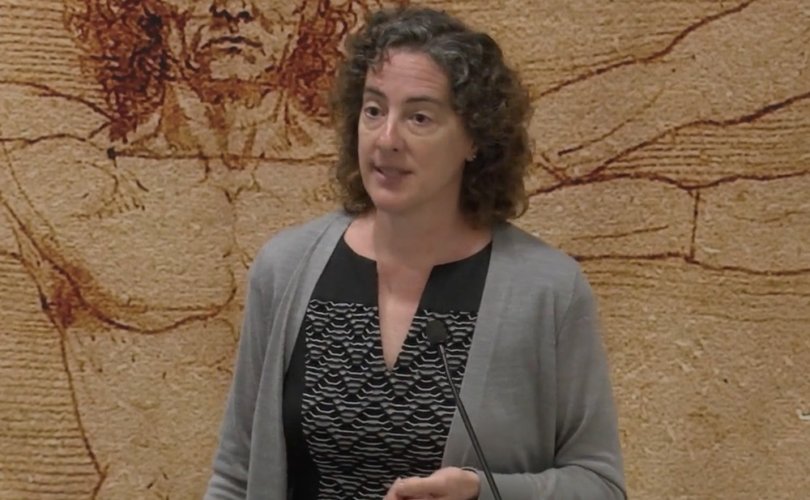 Condic is an associate professor in the Department of Neurobiology and Anatomy at the University of Utah Health, the author of over 40 articles and a book on science policy and bioethics, and an experienced scientific researcher and adviser who in 2016 consulted for the House Select Investigative Panel of the Energy and Commerce Committee.

As part of the 25-member National Science Board, she will help advise the White House and Congress on a broad range of science-related policy questions, as well as help set priorities for the National Science Foundation.

“Being appointed to the National Science Board is a tremendous honor for me and for the University of Utah,” Condic said in a statement on the University of Utah’s website. “I am excited to be of service to our country and to the scientific community by bringing a focus on bioethics and biomedical research to this eminent body of scholars.”

“As a recognized expert in bioethics and research policy, Dr. Condic is well-suited for this distinguished task,” Andrew Weyrich, the university’s vice president for research, added. “The University of Utah is proud that one of our own will be bringing a biomedical expertise to this eminent body of scholars.”

In 2013, she testified before the House of Representatives that pre-born babies are capable of feeling some level of pain as early as eight to ten weeks, because the “neural circuitry underlying the most basic response to pain is in place by eight weeks.” She reiterated that view in a 2015 meeting of international scientists in Moscow, lamenting that “we tolerate ripping a human being of this age apart in the womb during abortion.”

“The conclusion that human life begins at sperm-egg fusion is uncontested, objective, based on the universally accepted scientific method of distinguishing different cell types from each other and on ample scientific evidence—thousands of independent, peer-reviewed publications,” Condic wrote in a 2014 white paper for the pro-life Charlotte Lozier Institute.

Condic’s pro-life stance has already provoked resistance from pro-abortion advocates who claim a monopoly on science.

“She is willfully ignorant or not up-to-date,” said Leah Torres, someone the Salt Lake Tribune identifies simply as “an OB-GYN in Salt Lake City. “An adviser is not supposed to be using opinions. She does not heed the stance of the American College of Obstetricians and Gynecologists [ACOG] or that of maternal-fetal medicine and does not respect current scientific evidence.”

In fact, Torres is an abortionist who earlier this year said pre-born babies can’t scream because “I transect the cord 1st so there’s really no opportunity, if they’re even far enough along to have a larynx.” She’s a vocal pro-abortion advocate who has claimed that “Abortions save women's lives. Period. Every. Single. Time.” Torres has also admitted she “favor[s] no restrictions” of any kind on legal abortions.

Following the 2015 release of undercover videos revealing Planned Parenthood’s sale of organs from aborted babies, Torres claimed she didn’t “perceive anything shocking” in videos of abortion industry insiders casually discussing “another boy” lying dismembered on a counter, admitting “it’s a baby” of their victims, expressing a desire to illegally profit off of fetal remains, and discussing how they illegally alter abortion techniques to preserve organs in usable condition.

Citations of the ACOG similarly tend to omit the organization’s pro-abortion leanings. The group has filed amicus briefs on behalf of pro-abortion causes such as forcing Christian businesses to subsidize abortifacient birth control, and maintains that doctors have a “duty” to provide abortion referrals regardless of their ethical objections.

In 1965, the ACOG redefined “conception,” the start of pregnancy, from the beginning of the child’s existence at fertilization to the point when the embryo is implanted at the urging of Planned Parenthood “experts” who sought to make contraception more culturally palatable.