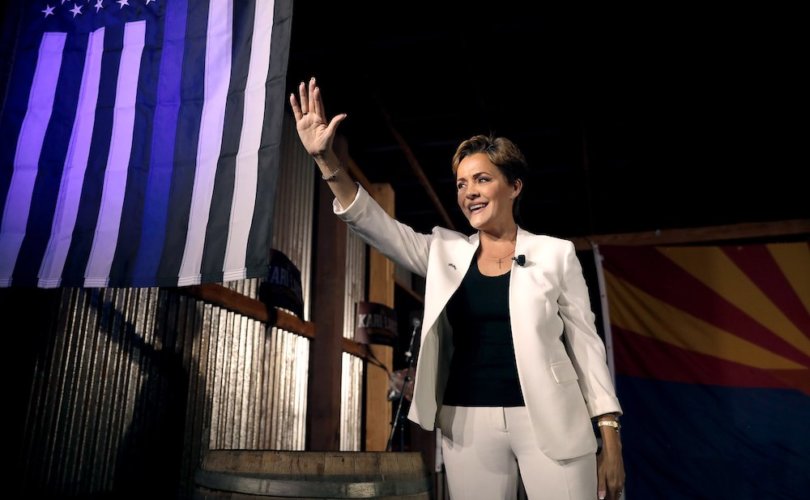 ARIZONA (LifeSiteNews) – Businesswoman and news anchor Kari Lake was declared the winner of the Republican nomination for governor of Arizona Thursday, in what is being called a rebuke for the GOP establishment and the legacy of the late Sen. John McCain.

Voting took place on Tuesday, after which Robson appeared to have an early lead, but as votes from more polling places were counted she was overtaken by Lake.

“The MAGA movement rose up like their lives depended on it,” Lake said Wednesday as she declared victory, the New York Post reports. “And it proved that you can’t buy an election, at least not in Arizona. We the people rose up and spoke.”

In a statement Thursday, Robson congratulated Lake, expressed gratitude for her supporters, and shared that she was “blessed to remember what I learned from my mom and dad and throughout athletic competition: Win with grace, lose with dignity.” She has not yet endorsed Lake for the general election against Arizona’s Democrat Secretary of State, Katie Hobbs.

On top of a victory for allies of Donald Trump, Lake’s victory is seen as a shift away from the dominance of state GOP politics enjoyed by allies of McCain, who represented Arizona in the Senate for 31 years.

A Vietnam War veteran, prisoner of war, and 2008 GOP presidential nominee who died in 2018, McCain had a rocky-at-best relationship with conservatives due to his various moderate stances and history of siding with the GOP establishment over its base, and shared an intense mutual hostility with Trump.

“Frankly, this party needs her to come together, and I welcome” Robson, Lake said. “And I hope that she will come over for this.”