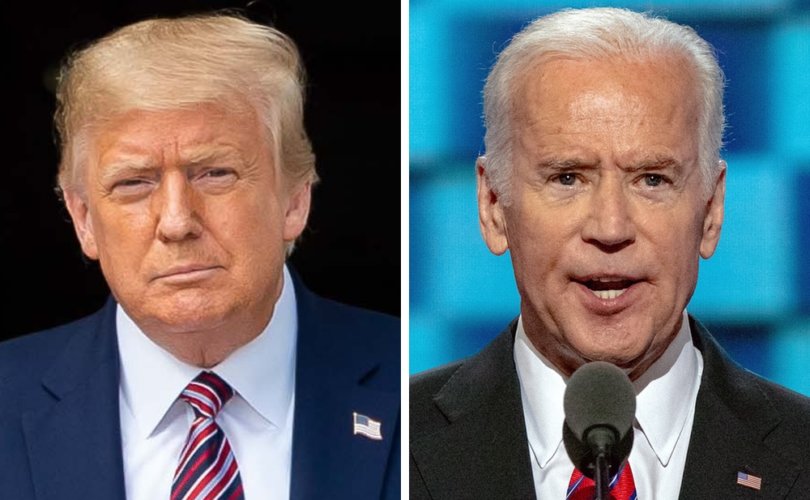 Wow. Joe Biden just took a more Liberal position on Roe v. Wade than Elizabeth Warren at her highest. He also wants to PACK our great United States Supreme Court. This is what the Dems will do. Remember as they try changing positions before elections end. GET OUT AND VOTE!

At an NBC town hall in Miami this week, a questioner asked what Joe Biden would do to protect women’s so-called “reproductive rights” if Judge Amy Coney Barrett is confirmed to the Supreme Court. Biden responded that should Coney Barrett be confirmed and overturn Roe v. Wade (the 1973 U.S. Supreme Court decision imposing abortion on demand across the country), “the only responsible thing to do would be to pass legislation making Roe the law of the land. That’s what I would do.”

Trump followed up his tweet by pointing out Biden’s 2017 endorsement of Virginia Governor Ralph Northam.

Biden and Democrats just clarified the fact that they are fully in favor of (very) LATE TERM ABORTION, right up until the time of birth, and beyond – which would be execution. Biden even endorsed the Governor of Virginia, who stated this clearly for all to hear. GET OUT & VOTE!!!

Northam’s January 2019 comments on late-term abortion seemed to imply the possibility of infanticide. Trump has periodically reminded voters of the radical pro-abortion stance that is characteristic of Democrat Party politicians. In an August 2019 campaign speech, he said that “virtually every top Democrat also now supports late-term abortion, ripping babies straight from the mother’s womb, right up until the moment of birth.” He then recalled Northam’s comments before saying that he has asked Congress “to prohibit extreme late-term abortions because Republicans believe that every child is a sacred gift of God.”

Trump rips Democrats for allowing doctors to ‘execute the baby’