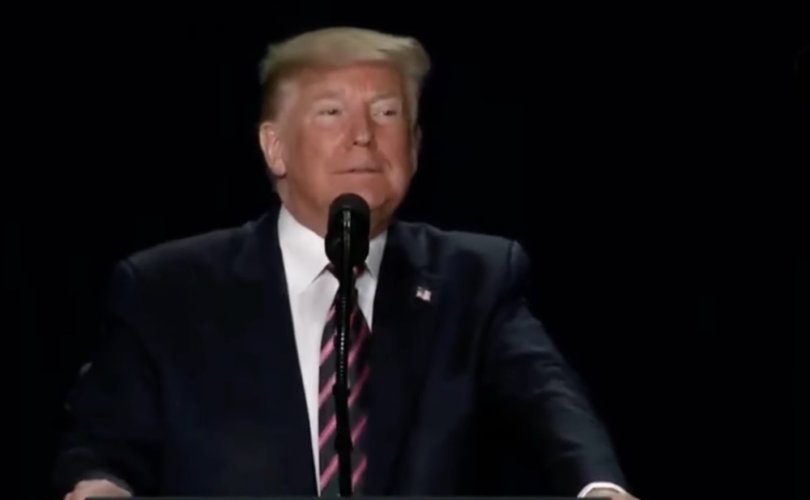 Raffensperger’s office confirmed Friday that certification was underway (after some brief confusion caused by the premature release of an announcement that certification was already complete), and is expected to be finished by 5 p.m. The news follows a by-hand audit that reduced Biden’s lead over Trump from approximately 15,000 to 12,284, falling short of the margin necessary to flip the state. Both Raffensperger and Kemp have repeatedly downplayed suggestions that fraud could have significantly altered the preliminary results.

“The Governor of Georgia, and Secretary of State, refuse to let us look at signatures which would expose hundreds of thousands of illegal ballots, and give the Republican Party and me, David Perdue, and perhaps Kelly Loeffler, a BIG VICTORY,” Trump responded in a pair of tweets Friday. “Why won’t they do it, and why are they so fast to certify a meaningless tally?”

…Why won’t they do it, and why are they so fast to certify a meaningless tally?

Certification does not end the fighting over the state, however. Because the margin between Trump and Biden is less than half a percentage point, the Trump campaign still has the legal option of requesting an official machine recount. Should it do so, the key question will be whether state officials agree to conduct it with more stringent practices for reviewing potential irregularities such as mismatched signatures, insufficient proof of residence, or changed dates.

Just the News reported that Georgia rejected just 0.2 percent of mail-in ballots over such flaws in 2020, a rate more than 30 times lower than the rejection rate of 6.4 percent in 2016. University of Florida political science Professor Daniel Smith says this is simply because the “cure rate” — contacting absentee voters to resolve discrepancies before their ballots have to be tossed — was “much higher.”

However, Breitbart’s Joel Pollak suggested the curing and rejections would still be higher if not for a consent decree the state settled with Democrats in March which, he argues, made meaningful signature matching dramatically less likely by not only requiring any election official who finds a potential mismatch to consult with two colleagues before acting (“With hundreds of thousands of absentee ballots to be counted, it is difficult to pull additional officials off their assignments to examine a signature”), then requiring all three to sign their own names to the rejected envelope (potentially subjecting themselves to retaliation for “voter suppression”).

This means that “if someone fraudulently filed an absentee ballot application, that same person could then sign the absentee ballot itself, and since the two signatures would match, the ballot would be accepted,” Davidson warns.

Of particular interest is a sworn affidavit submitted this week by attorney Lin Wood on behalf of poll manager Susan Voyles, who says she observed a “pristine” batch of ballots, nearly all of which were for Biden, which showed none of the signs of wear one would expect of having been opened, handled, filled out, and mailed back by an absentee voter. On cross-examination, Voyles said she did not report the discovery to the Secretary of State’s office.

Most media outlets have called the presidential election for Biden, though Trump’s lawyers say they have identified more than double the number of questionable ballots necessary to prove Trump the legitimate winner.