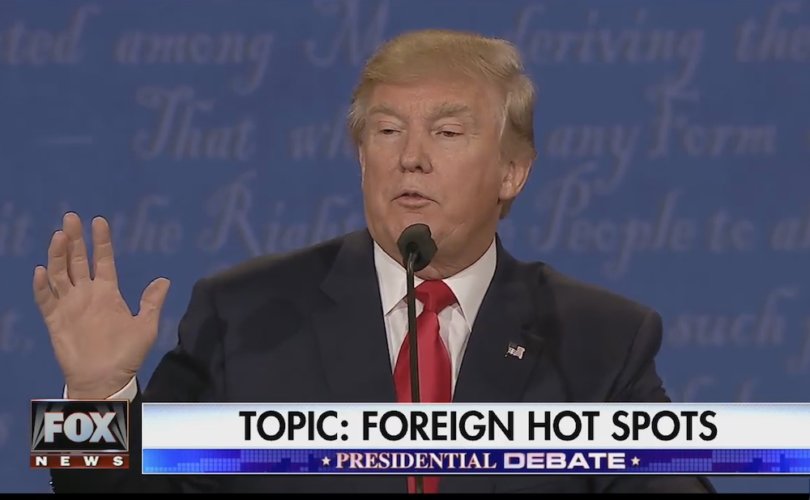 LAS VEGAS, Nevada, October 19, 2016 (LifeSiteNews) – Just minutes into the third presidential debate, Donald Trump blasted Hillary Clinton's defense of partial-birth and late-term abortion by explaining that her position means “you can take the baby and rip the baby out of the womb in the ninth month on the final day” of pregnancy.

“That is not what happens in these cases,” Clinton said. She called this “scare rhetoric” yet acknowledged, “This is one of the worst possible choices any woman and her family has to make.”

“Honestly, nobody has business doing what I just said, doing that as late as one or two or three or four days prior to birth, nobody has that,” Trump responded.

Partial-birth abortion involves delivering all of a living baby's body but her head, stabbing scissors into the base of her skull, and sucking her brains out with a powerful vacuum. The abortionist then delivers the dead baby.