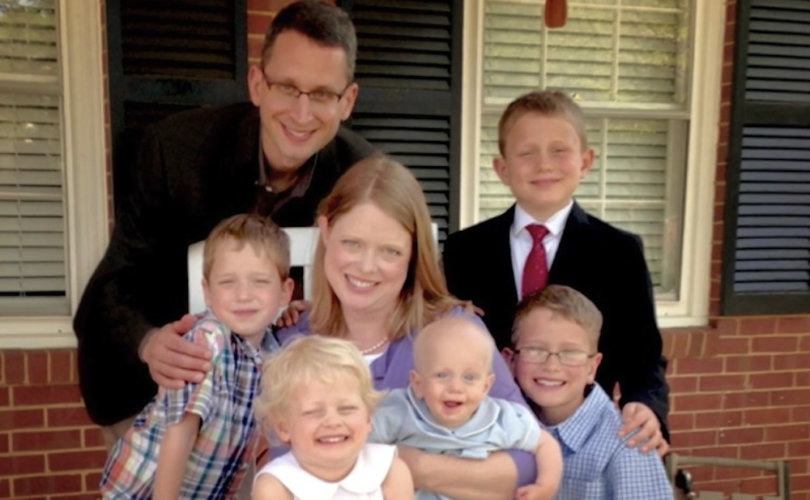 Sen. Chuck Grassley, R-Iowa, went against all nine committee Democrats and agreed to hold hearings on confirming Kyle Duncan, 45, for the Fifth Circuit Court of Appeals.

“In Kyle Duncan, President Trump selected one of the best lawyers of his generation,” Judicial Crisis Network’s Carrie Severino said in a press release. “He’s a Louisiana native who has served his state with distinction as its solicitor general, and he will make Louisiana proud as a federal judge.”

One liberal Republican joined delaying Democrats in obstructing Duncan’s confirmation. Sen. John Kennedy of Louisiana held back his approval for hearings, forcing Grassley to break with the Senate tradition of waiting until both senators from the nominee’s home state approve.

Grassley also gave the go-ahead for hearings on David Stras of Minnesota for the Eighth Circuit Court in St. Louis. Stras’ confirmation was similarly being delayed because of the lack of home state legislator approval. But Grassley said he would no longer allow one senator to hold up the process.

“Circuit courts cover multiple states,” Grassley explained. “There’s less reason to defer to the views of a single state’s senator for such nominees.”

Known for his fierce defense of religious liberty, Duncan received his bachelor’s and law degrees from Louisiana State University, where he was executive senior editor of the Louisiana Law Review. He also earned a Master of Law degree from Columbia Law School. After teaching at the University of Mississippi Law School and at Columbia University Law School, Duncan served his state as Solicitor General for three years.

Conservative groups were quick to say Duncan is an excellent choice. “Mr. Duncan has a distinguished legal resume, serving the state of Louisiana as solicitor general and standing up for Americans’ First Amendment rights at the Supreme Court during the Hobby Lobby case,” Tea Party Patriots’ Citizens Fund chairman Jenny Beth Martin said.  We “thank President Trump for nominating Kyle Duncan,” and “we call on the Senate to swiftly move Kyle Duncan’s nomination to the floor for a vote.”

His conservative credentials were furthered by his defense of state pro-life safety laws in a lawsuit brought on by abortion businesses. In 2014 (before Obergefell), he defended Louisiana’s definition of marriage as between one man and one woman. He has also defended pro-life waiting periods and ultrasound informed consent laws.

“Kyle Duncan is one of Trump’s excellent picks … as the president works to reshape the federal courts by announcing slate after slate of his choices to fill more than 160 vacancies across the country,” a Heritage Foundation spokesperson said. “These are men and women who take the Constitution and the rule of law seriously, and Duncan is a superb example.”

Patrick D. Purtill worked with Duncan on the Hobby Lobby case before the Supreme Court. The legislative affairs director for the Faith and Freedom Coalition confirmed that Duncan “is one of the most objective, smart, and diligent attorneys I have ever worked with. Louisiana and the whole country would be lucky to have him as a judge on the Fifth Circuit.”

Americans United for Life counsel Deanna Wallace also hails from the Pelican State.  “Kyle’s decades of experience, his respect for the Constitution, and his scholarly approach to the law make him an excellent choice,” she tweeted.

Perkins added a jab to the Democrat-delay tactic. “Now that President Trump has done his part, it’s time for senators to do theirs — and send this nomination to a speedy confirmation.”

The Louisiana chapter of Concerned Women for America joined in Perkins’ call to the Senate for action. Duncan “and his fellow nominees should not be forced to languish in political limbo for months, or even years, because of ultra-partisan delay tactics employed by Senate Democrats,” CWA leader Sancha Smith said. “It’s time for all our Senators to do their job, get moving, and confirm nominees like Kyle Duncan as soon as possible.”

Judicial Crisis Network (JCN) is funding ads on television, radio, and social media in support of Duncan’s nomination. The organization also funded ads for Amy Coney Barrett and other judicial nominees. JCN formed to fight the expansion of government powers, uphold American sovereignty, and resist replacing American law with either foreign law (such as Sharia Law) or international law (such as championed by the United Nations).