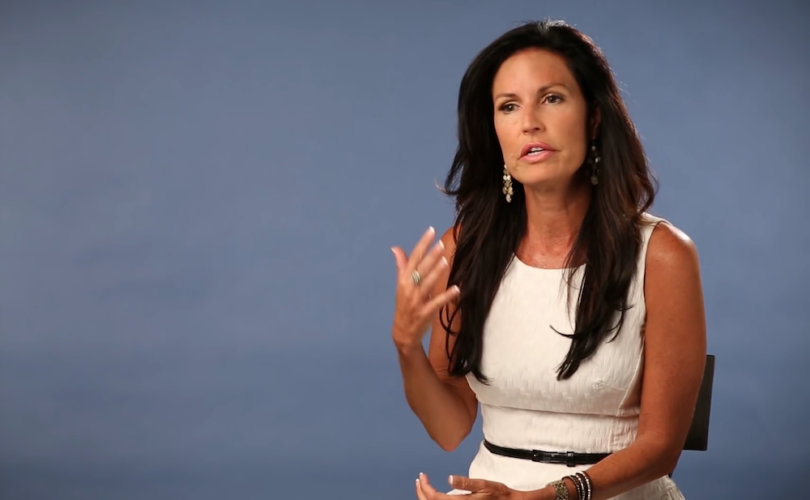 WASHINGTON, D.C., November 9, 2017 (LifeSiteNews) — President Donald Trump is expected to nominate one of the nation’s most pro-life, pro-family, and pro-marriage advocates to the State Department.

President and CEO of Concerned Women for America Penny Nance is rumored as Trump’s pick to be Ambassador-at-Large for Global Women’s Issues. The position was created by former President Barack Obama shortly after entering office to promote abortion and a liberal “gender equality” agenda worldwide.

If picked and confirmed by the Senate, Nance would head the Office on Global Women’s Issues in the State Department. Ranked as an Assistant U.S. Secretary of State, her duties would include working to ensure that the rights of women are protected and promoted in U.S. foreign policy.

In an age of polar opposite definitions of women’s rights, Nance’s philosophy is contrary to the reigning politically correct agenda of abortion-on-demand, same-sex “marriage,” and transgenderism. The organization she led since 2010 and would be stepping down from to take the post specifically “protects and promotes Biblical values and Constitutional principles through prayer, education, and advocacy.”

“Abortion is the seminal human rights issue of our time,” Nance believes, noting that the 54 million preborns aborted (more than one billion worldwide) far outnumbers any other genocidal atrocity in human history. “This is an injustice which must end.”

In a stand that may forecast a radical change in American foreign policy should she be picked, Nance opposed the Obamacare forced abortion coverage mandate.

“Americans may want better healthcare, but not at the expense of promoting abortion,” she wrote. “Planned Parenthood’s radical dream of any number of ‘free’ abortions for any reason at any point in a pregnancy is an affront to the majority of America’s women, and particularly to women of faith.”

The author of “Feisty and Feminine: A Rallying Cry for Conservative Women” also favors an emphasis on abstinence education for teens. “Schools and public health advocates owe it to parents and people of faith to support the young girl or boy who wants to delay sexual behavior,” Nance said. “Marriage and delaying sex until at least adulthood are good goals.”

She weighed in on same-sex “marriage” as “unconstitutional,” and called the U.S. Supreme Court “lawless” for its Obergefell ruling.

The pro-binary advocate has spoken out against transgender bathrooms, not only for their invasion of privacy but for the potential danger to women and girls.

Nance called transgenderism a “delusion.” She praised President Trump’s order halting the recruitment of transgenders into the U.S. military. “The truth is we cannot be expected to participate in someone else’s delusion,” she opined.

She cut down legislation that would decriminalize prostitution in a Washington Times op-ed titled “When high-sounding legislation becomes a war against women.” In the column, Nance wrote that The Violence against Women Act “hurts sex-trafficking victims, seeks to legalize prostitution for minors and fails to protect the consciences of organizations, such as the U.S. Conference of Catholic Bishops. In Germany, Australia and the Netherlands, child prostitution increased after prostitution was legalized.”

Nance has also defended Christians in the Middle East, who she points out are “being exterminated.”

Her criticism of Hollywood’s stereotypically negative depiction of men garnered her mockery from liberal media outlets. She criticized Disney’s animated feature, Frozen, for portraying men only as villains and fools.

“Hollywood in general has often sent the message that men are stupid,” Nance critiqued.  “Is this message helpful” for “our little boys sitting there?”

“We want to encourage masculinity and not villainize masculinity,” she explained.  “We’re Concerned Women for America and we’re the women’s group who love men — real men.”

Not unexpectedly, pro-abortion and pro-gay organizations are livid. “For Trump to even consider putting Penny Nance in charge … shows a fundamental disdain for women’s health and their lives,” Planned Parenthood’s Dawn Laguens said.

Nance’s CWA has been listed by the Southern Poverty Law Center as a “Hate Group.”

Nance has been a strong Trump supporter, even going so far as to publicly ridicule in Trump-like fashion Republican senators who question the president’s fitness to serve.

When Sen. Jeff Flake, R-Arizona, broke with his party to denounce the president from the senate floor, Nance tweeted, “Wow today is a day for self righteous indignation on #CapitolHill & around #DC @JeffFlake @BobCorker.”

The next day she tweeted again in support of Trump, “JeffFlake sounded like a middle school girl yesterday. Oh the drama. #getoveryourself”

She worked with Trump’s daughter Ivanka to drum up support for expanding the child tax credit. She told Politico that she and the younger Trump “agreed to work together to increase the child tax credit in order to allow families to keep more of their own money and to free up their ability to invest in their children.”

As a member of the Council for National Policy (CNP), Nance also lobbied to protect religious liberty. CNP was behind a leaked executive order draft that allowed churches and Christian-owned businesses the freedom to live and operate by their sincerely-held beliefs.