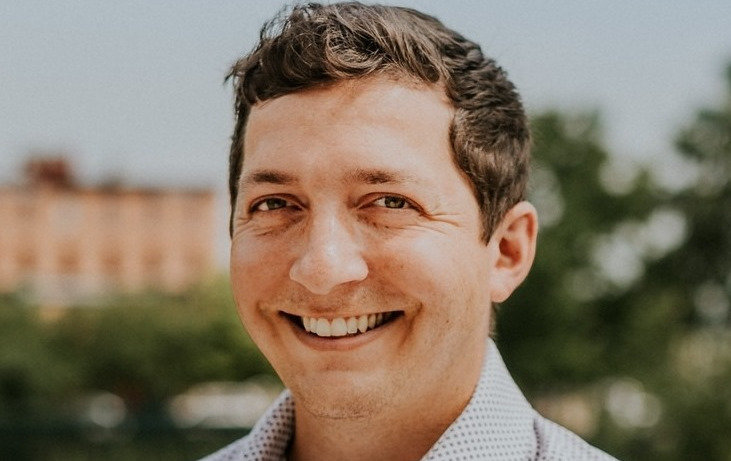 Editor’s note: LifeSiteNews does not endorse candidates running for political office, nor necessarily all of their positions. LifeSiteNews is committed to defending biblical truth and natural law on human sexuality.

This is a monumental moment in our race to defeat Anti-Trumper Fred Upton who voted to impeach President Trump.

In his statement supporting Carra, Trump said that Upton had not done the job that Americans need. “He voted for Impeachment of the President of the United States on rigged up charges … he doesn’t deserve to keep his seat,” Trump’s statement read.

“Steve Carra, on the other hand, is strong on Crime, Borders, and loves our Military and our Vets,” Trump continued. “Steve will continue to fight for Low Taxes and all of the other things that the Great people of Michigan want and need. Steve Carra has my Complete and Total Endorsement!”

Upton is not the only incumbent Republican Trump is campaigning against. Freshman GOP Rep. Peter Meijer, whose district is adjacent to Upton’s, voted to impeach Trump as well. Trump called on voters to “get rid of” both Meijer and Upton, as well as more than a dozen other Republicans, during his CPAC speech in February.

Thus far, only conservative activist Tom Norton has announced that he’ll be running against Meijer.

Carra, whose website can be accessed by clicking here, has taken a leading role in Michigan politics regarding the coronavirus in recent months. He authored HB 4791, which would ban discriminatory COVID measures like mask mandates from being implemented by the state.

At a Nigel Farage rally held in Western Michigan earlier this year, Carra told LifeSite that he’s working on a bill that would push back against social media censorship.

Carra’s also been a strong defender of the unborn during his tenure, submitting an amicus brief to the U.S. Supreme Court earlier this year for the Dobbs v. Women’s Health Organization case.

LifeSiteNews spoke with Carra via telephone for a brief interview this week. Below is a transcript of that conversation.

Tell me about the endorsement. How’d that come about and what was your reaction to it?

Carra: That was huge. I heard about it a week and a half ago. Someone on a conference call with President Trump called me and told me, “President Trump’s endorsing you and he told his team either tonight or Tuesday.”

Part of me wanted it to be on that Friday night because I didn’t want to have to wait over the weekend. The other part of me was like, well, I don’t have a press release, email blast, and Facebook graphics ready to go.

On Tuesday, when the endorsement came, it was beautiful, and we were ready to go. It’s an honor to have his endorsement.

What does this mean for your campaign? Obviously, you’re trying to unseat someone who’s been in Washington for a very long time, someone who has taken a stand against President Trump. What sort of boost does this give your election chances?

Carra: Fred Upton has been in Congress longer than I’ve been alive. He’s ranked the second-most liberal Republican in Congress and he voted to impeach President Trump. I was in a good position before this endorsement, but we’re in an incredible and amazing spot now. It’s an honor to have the endorsement and I’m looking forward to the road ahead. We’ve since received hundreds more donations as a result of it. People can go to my website if they’d like to donate.

One thing relevant to Michiganders is medical freedom, especially mask mandates and mandatory COVID shots. I know you’ve done a lot of work in the Michigan state legislature on that front. Can you speak about some of those accomplishments and where you see things going in the future with these continued “variants” and demands for more shots?

Carra: We need to continue to stand up for freedom. Government should be promoting the general welfare if they want, but not mandating, coercing and manipulating us.

If the government wanted to recommend that people not get their hair cut or recommend that a business not be open a certain time or have certain capacity limits or make a recommendation to people, that’s fine. Go ahead and promote the general welfare if you want.

But at the end of the day, adults and people who are consenting in a relationship and whether or not they want to go to a store, or not go to a store, that’s for people to decide. That’s America. That’s freedom. And that’s what we need more of in our country.

Where do you stand on what Joe Biden is doing now with his new mandate for companies with over 100 employees? Many people are seeking religious exemptions. That’s something that you’re supporting, right?

Carra: Yes, I support the freedom to decide what’s best for you, and I think that if government would have gotten out of the way and allowed the doctor-patient relationship to run its course when we had all the uncertainty and questions, I think we could have saved so many lives. If we let the doctor-patient relationship to just exist, we’d see what works and what doesn’t work and let those doctors and those people make those decisions.

But when we have this one-size fits all, monopolistic, government-controlled approach, and fear is instilled into doctors that they’re going to lose their license if they do what they think is best in terms of advocating for their patient, I think it’s catastrophic for our society. And I think that’s led to so many unnecessary deaths.

The Texas abortion law just went effect and many people on the political left have come down hard on the state. The Biden Department of Justice is now suing Texas. What is your reaction to that law and what we’re seeing in response to it?

Carra: I believe the law is a good primer for society and towards the Dobbs case regarding the 15-week abortion ban out of Mississippi that’s before the U.S. Supreme Court.

I think this law is a growth and a step in the right direction for our country, just like we had when Brown v. Board of Education reversed Plessy v. Ferguson.

Our country has made mistakes in the past. And it’s incumbent upon our Supreme Court to reverse the wrong that they did with Roe v. Wade. I’m excited and optimistic about what we see happening in Texas. All these pro-life efforts are leading us more towards protecting life from the moment of conception.

One of the issues that I saw when I was at CPAC in February was that it seems that the Republican Party is shifting towards a more libertarian view on social issues. They’re fine having pro-lifers in the movement, but they also seem to be placating the LGBT movement — drag queens, Bruce Jenner, etc. What are your thoughts on that? Is there a need for the Republican Party to come back to a more biblically centered view regarding all of that? Do you sense a shift away from that happening? Is this something that troubles you in any way?

Carra: I think that free markets and the power of the invisible hand will do far more towards restoring the biblical principles that our nation was founded upon.

Let me kind of push back against what you just said. Hungary seems to be a case in point where using the power of government to advance pro-family ends is working. Among other things, they’re banning LGBT content to children and are incentivizing larger families. Is there any future in that approach for the Republican Party in the United States to wield government for those goods, for those ends?

Carra: Taxpayers should not be forced to fund drag queens coming into library sessions with kids or for Critical Race Theory and things of that nature. We need to be more focused on all lives matter. Everybody should be treated equally. But we don’t need to have this indoctrination of the socialist woke left infiltrating our schools.

Are you concerned with what many religious Americans say is a shift towards embracing certain elements of the gay and/or LGBT agenda in the GOP?

Carra: We are all Americans and we should all be treated equally. This idea of segregating people into groups and creating privileged and protected classes is ridiculous.

Some would argue that the ‘free market’ is what gave rise to ‘woke’ corporations in the first place and that the solution would be for the government to be more assertive in combatting that. Your thoughts?

Speak about the power of Big Tech and its role in our politics today. Obviously, they’re pushing a lot of the LGBT agenda, they’re censoring a lot of people, and pushing the COVID mandate, even more than the government, it seems. This is dangerous for our country. Do you agree?

Carra: Yes, large corporations continue to fall off the socialist cliff with the woke left, but we have a huge opportunity as a Republican Party and as conservatives and people who believe in free markets to capture the working class and the people who feel that there’s inequality. Well, there absolutely is inequality in economics. Large corporations get special deals and privileges and handouts that the small businesses don’t get. That is a huge problem. That’s not the markets to blame, that’s large corporations in bed with big government. If the Democrat Party wants to embrace that more, they can have that crony scheme as their platform. We should embrace true free markets that actually look out for the working class and the middle class.

And what, lastly, is your assessment of Joe Biden so far? Obviously, we just had the Afghanistan pullout nightmare. What do you make of his presidency up to this point?