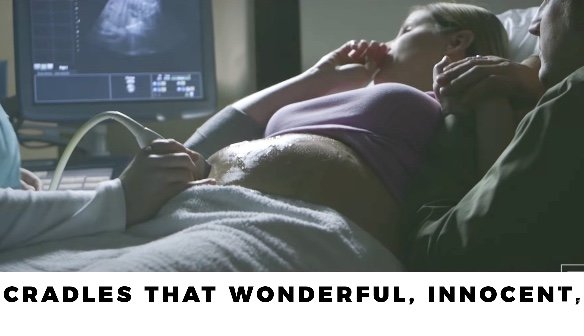 WASHINGTON, D.C., January 24, 2020 (LifeSiteNews) — President Donald Trump’s re-election campaign announced the kickoff of its Pro-Life Voices for Trump coalition on the same day that hundreds of thousands of pro-life advocates flooded the streets of the nation’s capital for the annual March for Life.

The Trump campaign released a YouTube video today announcing the launch of Pro-Life Voices for Trump.

“Virtually every top Democrat lawmaker also now supports taxpayer-funded abortion right up to the moment of birth,” states a voiceover of Trump in the video.

“These are living, feeling, beautiful babies who will never get the chance to share their love and their dreams with the world. It is wrong. It has to change. But this movement can only succeed with the heart and the soul and the prayer of the people. Let us work together to build a culture that cherishes innocent life,” he states.

According to the campaign, the coalition is “dedicated to recruiting and activating Americans with pro-life values in support of President Trump's re-election.”

Additionally, the national pro-life group Susan B. Anthony List (SBA List) announced that its president, Marjorie Dannenfelser, will serve as national co-chair of the coalition along with Fr. Frank Pavone of Priests for Life. Kristan Hawkins of Students for Life of America and others are also on the board.

Dannenfelser held the same role on the 2016 Trump campaign when, according to the SBA List website, she secured “groundbreaking commitments from then-candidate Trump in writing.” The 2020 coalition asserts that Trump’s re-election campaign is based on “Promises Made. Promises Kept.” In a statement released by the group, Dannenfelser said, “I am honored to be asked by President Trump to once again flex the muscle of the pro-life movement behind his re-election.”

As thousands cheered, President Trump addressed the March, saying,  “It is my profound honor to be the first president in history to attend the March for Life,” Trump told the crowd in Washington. “Unborn children have never had a stronger defender in the White House. … Every life brings love into this world. Every child brings joy to a family. Every person is worth protecting.”

Trump denounced the Democrat Party, saying, “When it comes to abortion, Democrats … have embraced the most radical and extreme positions taken and seen in this country for years and decades and you could even say for centuries.” Trump accused Democrats of their support for “taxpayer-funded abortion all the way up until the moment of birth.” Trump had previously addressed the March, but only remotely as did some of his Republican predecessors.

Dannenfelser was on the dais as Trump spoke, as were Dr. Alveda King — the niece of Dr. Martin Luther King Jr. — and Republican members of Congress. Addressing the more than 100,000 marchers, Dannenfelser said, “It’s time to roll back Roe v. Wade and put the will of the people into the law, and that means protecting the unborn in the law.

“Now, we know that victory is possible – but we also [know] that nothing is inevitable, so no one can afford to sit on the sidelines during this coming election.

Besides SBA List, Concerned Women for America (CWA) and Heritage Action are joining in an effort to motivate pro-life voters to go to the polls this fall. SBA List is ponying up $52 million to re-elect Trump and pro-life candidates.

Marking the anniversary of 1973 U.S. Supreme Court decision allowing abortion earlier this week, Trump designated the day as the National Sanctity of Human Life Day. “Today, I call on the Congress to join me in protecting and defending the dignity of every human life, including those not yet born,” Trump proclaimed Wednesday in anticipation of his speech before the participants of the March for Life.

Apparently undaunted by the support for Trump that has galvanized pro-life groups, Planned Parenthood announced recently that it is dedicating $45 million to organize abortion advocates, pay for advertising, and support pro-abortion candidates this year. Several Congressional Democrats have recently said abortion rights form the bedrock of their party.