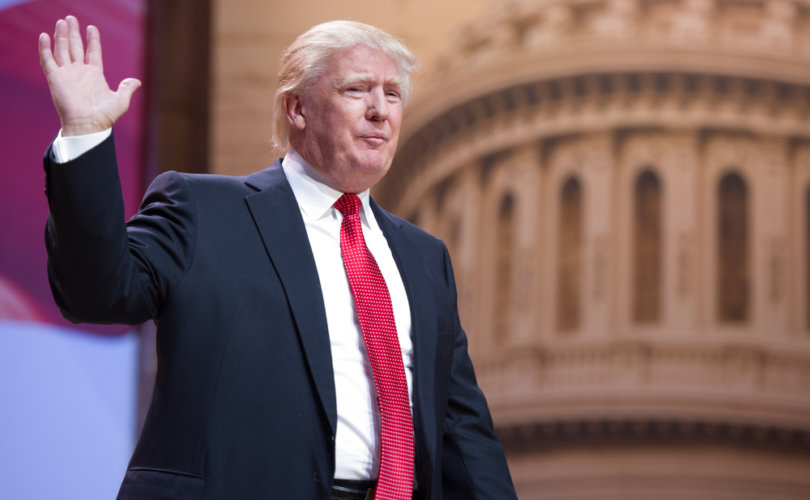 'The biggest way can protect [the sanctity of life] I guess, is by electing me president,' Trump told Bill O'Reilly.

May 11, 2016 (LifeSiteNews) — Presumptive Republican presidential nominee Donald Trump told Bill O’Reilly on Tuesday that the “biggest way” to protect the sanctity of life would be to elect him as president, since he would nominate a pro-life Supreme Court justice.

Trump gave his answer in response to a viewer question challenging him to name one thing he would do to protect the sanctity of life.

Trump has previously praised abortion giant Planned Parenthood for doing “good work for millions of women” but said he would defund it as long as it continues committing abortions. Trump has also said he would liberalize the Republican party’s platform on abortion to include more exceptions.

“Look, I’m going to put conservative judges on,” continued Trump, pointing out that the next president will likely nominate more than one justice to the Supreme Court.

Trump said his nominee would “be pro-life” and “we’ll see about overturning” Roe v. Wade, which legalized abortion on demand in the United States.

Last year  Trump had said that he thought his sister, a well-known strongly pro-abortion judge, would make a “phenomenal” Supreme Court justice. However, he later stated that he was only joking.

Presumptive Democratic nominee Hillary Clinton recently said, “We need a president who is passionate” about abortion.

She said she would nominate justices to the Supreme Court who support abortion.  Her rival Bernie Sanders has promised to do the same.

The relevant portion of the interview takes place between 5:10 – 6:52 in the following clip: