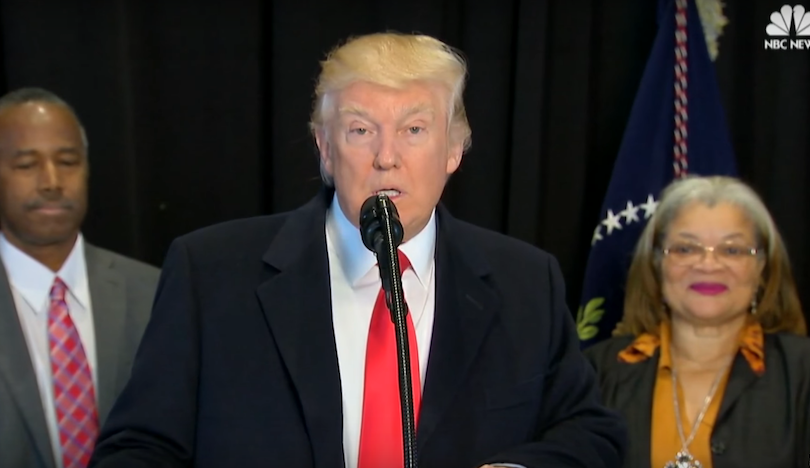 “I’ve read the statement by Washington, D.C. Archbishop Wilton Gregory suggesting that President Trump’s [tweets] about squalor in Baltimore are racist and I have to disagree,” said Dr. Alveda King, director of Civil Rights for the Unborn for Priests for Life.

“President Trump is not a racist. A racist is a person who doesn’t get Acts 17:26: ‘Of one blood God made all people.’ I know President Trump understands that and I’m sure Archbishop Gregory does as well.”

“Rep[.] Elijah Cummings has been a brutal bully, shouting and screaming at the great men & women of Border Patrol about conditions at the Southern Border, when actually his Baltimore district is FAR WORSE and more dangerous. His district is considered the Worst in the USA……,” tweeted Trump.

Archbishop Gregory criticized the President’s remarks in an August 1 piece that appeared in the Catholic Standard.

“I fear that recent public comments by our President and others and the responses they have generated, have deepened divisions and diminished our national life. In particular, I join my brother Archbishop William Lori in sadness and deep regret for the ways our Maryland neighbors in Baltimore have been denigrated in recent public attacks,” Gregory wrote.

“We all need to reject racism, disrespect or brutality in speech and action,” he added later in his piece.

Seemingly, all too many people don’t understand what racism is and who is racist and who is not. Actually, regarding racism, the problem is not skin color. Science and religion both affirm that as human beings, we are all one blood, one human race.

The words “racism” and “racist” are terms recklessly bandied about in the race card game; all of which is a deceptive, socially engineered decoy, creating oppressors and victims. This deception stirs the emotions while denying the much needed transformational civility, equality, justice, and freedom for all.

As one who has encountered and resisted racism all of my life, I know a racist when I see a racist. I can assure you President Trump is not a racist

King noted in a press release about her open letter that Dr. Ben Carson made similar comments about Baltimore.

“As my friend and HUD Secretary Dr. Ben Carson has said, there are some areas in Baltimore marred by squalor and the people of the city are suffering because of it. It was not racist when he said that in driving through the city, he saw able-bodied young men sitting idle on porches. It was not racist to suggest these men should be put to work cleaning up the city, to everyone’s benefit.”

Cummings confirmed today that there was an attempted burglary on his house this past Saturday – “about four hours” before Trump began tweeting about his high-crime district, according to Fox News.