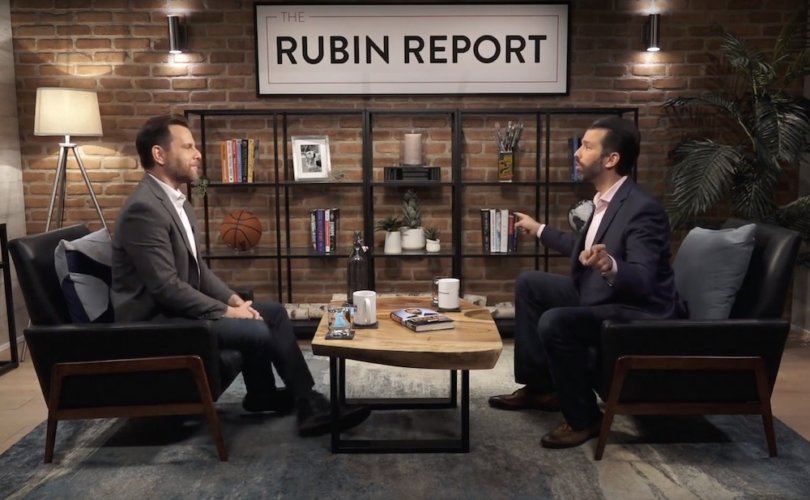 November 12, 2018 (LifeSiteNews) – Presidential son Donald Trump Jr. struck a dismissive tone on Monday regarding the battle over “transgender” access to sex-specific restrooms, suggesting the ideal solution would be to move completely toward unisex bathrooms.

Trump Jr. has been doing numerous interviews for his new book Triggered: How the Left Thrives on Hate and Wants to Silence Us, and on Monday sat down for a wide-ranging discussion with libertarian personality Dave Rubin.

“I'm a builder. I would love to build one universal bathroom,” Trump Jr. said when LGBT issues arose. “We're real estate people. If I don't have to build dual bathrooms, I could actually save a lot of money. I wish everyone would share a bathroom. I think it'd be wonderful.”

The answer echoes his father’s laissez-faire comments on the subject before his election. In 2016, candidate Trump criticized North Carolina for enacting a law that prevented local governments from forcing businesses to let gender-confused individuals use bathrooms meant for the opposite sex, citing economic backlash and claiming there had “been very few complaints the way it is.” He added that at Trump Tower, former athlete Bruce “Caitlyn” Jenner would be welcome to use “any bathroom she chooses.”

Fortunately for his conservative base, the president’s administration has since taken a stronger stance, rejecting Obama-era guidelines on the subject and announcing that it would no longer indulge bathroom-related “discrimination” complaints submitted to the Department of Education. But Trump Jr. appears to continue to hold his father’s former perspective.

It’s unclear whether unisex bathrooms would be a viable way to save money, as eliminating half of a building’s restrooms would naturally reduce a building’s maximum capacity for restroom occupants. More important, theoretical savings for a building’s owners would not address the reasons the issue is controversial in the first place.

Conservatives argue that forcing people to share intimate facilities with members of the opposite sex violates their privacy rights, subjects them to needless emotional stress, and gives potential male predators a viable pretext to enter female bathrooms or lockers.

In fact, the overwhelmingly negative reactions by students and parents alike to gender-neutral restrooms around the world indicate that such discomfort (or worse) would only be exacerbated if everyone in a given building was forced not merely to share the space with rare gender-confused individuals, but with anyone of the opposite sex.