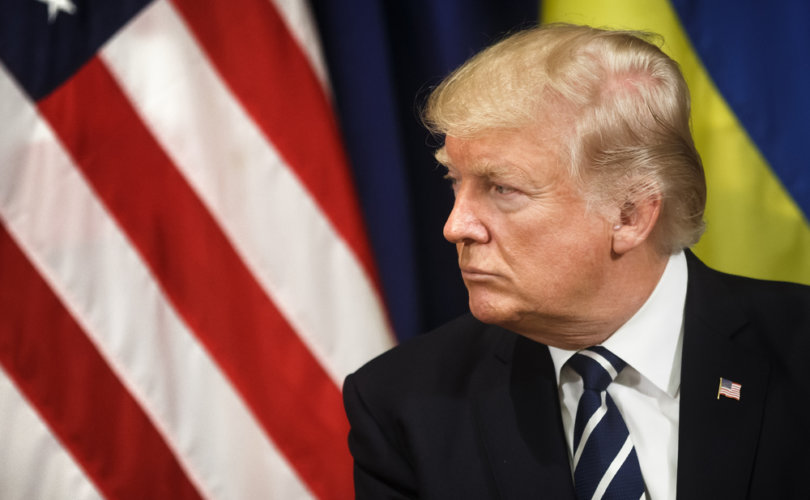 Despite his conviction, Lord Black has always had his defenders, who have argued that he was the victim of an overzealous persecutorial system. One of those defenders was Donald J. Trump.

May 16, 2019 (LifeSiteNews) — Lord Conrad Black is a Canadian-born British peer, a media baron, historian, and entrepreneur. He was also, until Wednesday of this week, an ex-convict. In the early 2000s, Black served over three years in federal prison in the United States after being convicted of wire fraud and obstruction of justice.

Despite his conviction, Lord Black has always had his defenders, who have argued that he was the victim of an overzealous, persecutory system. One of those defenders was Donald J. Trump. At one point during the criminal proceedings against Lord Black, Trump offered to testify on Black’s behalf in court. On Wednesday, Trump did one better: he invoked his presidential prerogative and formally pardoned Lord Black, expunging his criminal record.

Coincidentally, on Wednesday morning — just hours before the news of Trump’s pardon became public — LifeSiteNews released the latest episode of The Van Maren Show, which just happened to be a pre-recorded interview with Lord Conrad Black. The topic of the interview? The presidency of Donald J. Trump.

In addition to being a longtime personal friend of President Trump, Lord Black has also written and published a biography of the president. He was also one of Trump’s earliest defenders among intellectually minded conservatives. In his conversation with Van Maren, Lord Black describes his personal encounters with Trump, explains what it is he saw in the president that so many others did not, defends the alliance between American evangelicals and the president, evaluates Trump’s presidency three years in, and responds to some of the most virulent criticism against him. He also predicts the outcome of the 2020 presidental election.

Listen to Jonathon van Maren’s interview with Lord Black here, or click “play” below. You can also subscribe to The Van Maren Show on Apple podcasts, Google Play, Soundcloud, Spotify, Pippa, and more.