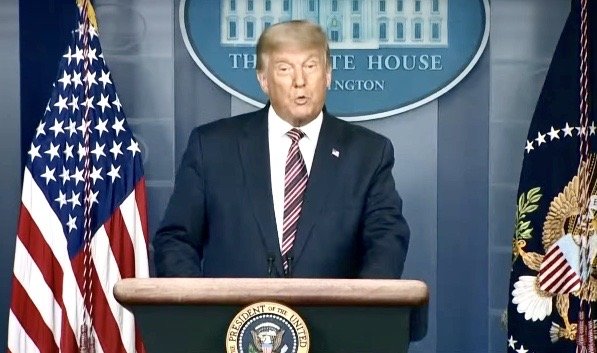 President Trump speaks during a news conference at the White House.

November 24, 2020 (LifeSiteNews) – President Donald Trump’s case contesting the initial election results is far from over, according to a member of his legal team who teased a “shocking” new set of legal challenges will soon be filed in Georgia.

“We have got lawsuits likely to be filed in Georgia on either Monday or Tuesday,” Jordan Sekulow told Newsmax over the weekend, the Epoch Times reports. “I can’t tell you right now, but what’s coming in Georgia will be shocking, when we file this in federal court Monday or Tuesday,” he added. “It’s nothing that we have talked [about] before.”

“I will tell you, the Lt. Gov. [Geoff Duncan] in Georgia, the Secretary of State in Georgia [Brad Raffensperger] in Georgia, they’re in for quite a shock on Monday and Tuesday about how poorly…they ran the elections in one of their major counties,” Sekulow continued, adding that the new charges are “completely separate” from the cases detailed last week by attorney Rudy Giuliani, Jenna Ellis, and Sidney Powell.

At the time of publication, no new lawsuit has yet been filed in Georgia, but a full machine recount requested by the Trump campaign began Tuesday, following the completion of a by-hand audit which reduced former Vice President Joe Biden’s lead over Trump from approximately 15,000 to 12,284, falling short of the margin necessary to flip the state. That recount is not expected to significantly alter the results, mainly because it is not incorporating the more rigorous vetting practices demanded by conservatives and election-integrity activists.

Republican Gov. Brian Kemp, facing heat for his part in approving the current rules and results so far, on Monday called on election officials to “conduct a sample audit of signatures on the absentee ballot envelopes and compare those to the signatures on applications and on file at the Secretary of State’s Office,” but state voting system manager Gabriel Sterling claimed the evidence of irregularities was not enough to warrant it.

As for that evidence, Just the News reports that Georgia rejected just 0.2% of mail-in ballots over such flaws in 2020, a rate more than 30 times lower than the rejection rate of 6.4% in 2016.  University of Florida political science Professor Daniel Smith says this is simply because the “cure rate” – contacting absentee voters to resolve discrepancies before their ballots have to be tossed – was “much higher.”

However, Breitbart’s Joel Pollak suggests the curing and rejections would still be higher if not for a consent decree the state settled with Democrats in March which, he argues, made meaningful signature matching dramatically less likely by not only requiring any election official who finds a potential mismatch to consult with two colleagues before acting (“With hundreds of thousands of absentee ballots to be counted, it is difficult to pull additional officials off their assignments to examine a signature”), then requiring all three to sign their own names to the rejected envelope (potentially subjecting themselves to retaliation for “voter suppression”).

This means that “if someone fraudulently filed an absentee ballot application, that same person could then sign the absentee ballot itself, and since the two signatures would match, the ballot would be accepted,” Davidson warns.

Most media outlets have called the presidential election for Biden, though Trump’s lawyers say they have identified more than double the number of questionable ballots necessary to prove Trump the legitimate winner. Trump would need to flip multiple states in addition to Georgia to secure a second term.