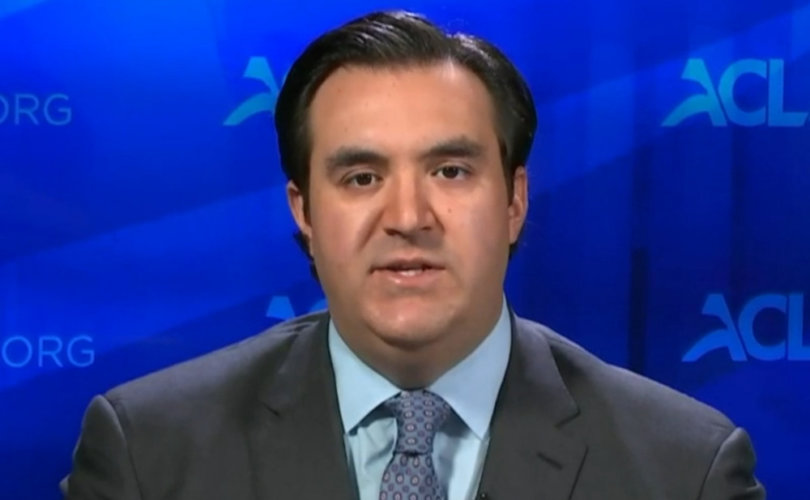 November 24, 2020 (LifeSiteNews) – Jordan Sekulow, one of President Trump’s legal advisors and son of Trump’s personal attorney Jay Sekulow, told Newsmax on Saturday that the Trump team has new litigation that has not yet been discussed coming early this week in Georgia

“I can’t tell you right now, but what’s coming in Georgia will be shocking when we file this in Federal Court Monday or Tuesday,” he said. “It’s nothing we have talked about before, it’s not related to what you heard in the press conference either, this is something completely separate, but I will tell you we have new litigation coming in the state of Georgia.”

He said the litigation will be based on the constitutional principle of equal protection, and the lawyers hope that it will be able to make its way to the Supreme Court.

“The lieutenant governor in Georgia, the secretary of state in Georgia, they’re in for quite a shock on Monday and Tuesday about how poorly run and they ran, and there’s gonna be a proof of how poorly run they ran the elections in one of their major counties. That is coming on either Monday or Tuesday,” he said.

Apart from this new litigation, he said that they would ask for another recount in Georgia, saying that the recent recount “was not really a recount at all, all we did was find more votes that were new votes, not recounted votes.”

The Trump campaign did request this recount on Saturday, and it is now underway. The Associated Press reports that each county must notify the public when they will be doing their recount so that monitors can be present to witness it.

Although Sekulow said that the Trump team wanted to see a proper recount in which signatures on absentee ballots are matched to the signatures on voter registrations, Voting Systems Manager for the Georgia Secretary of State’s office Gabriel Sterling said there had been no specific claims that the signature matching had not been done properly.

In Pennsylvania, meanwhile, the next step of litigation in Pennsylvania mentioned by Sekulow will be to refer the existing stay on counting late ballots to the whole Supreme Court. On November 6, Supreme Court Justice Samuel Alito signed an order that late ballots were to be separated and counted separately in that State.

Sekulow also mentioned upcoming litigation in Nevada concerning 160,000 ballots that were discounted for local Clark County candidates on account of suspected fraud, but were nevertheless included in the tallies for the presidential race. He said the team is considering right now whether this will be amended to an existing case or will be a new filing.

He said that they plan to file litigation in Wisconsin as well, but provided no further details.

He also clarified that his legal team represents the President himself and is investigating avenues pertaining to violations of the Constitution, whereas the Trump campaign legal team led by Rudy Giuliani and Jenna Ellis is investigating voter fraud.